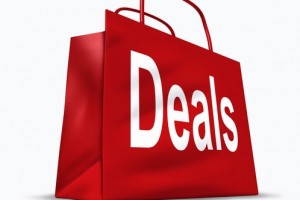 U.S. announced mergers posted a sharp decline this week, while the value of PE-backed transactions jumped, according to data from Thomson Reuters.

Transaction values plunged 50% this week, while the number of deals also fell 38%. There were 93 U.S. announced transactions this week, valued at $11.1 billion. This compares to 150 transactions, totaling about $22 billion, for the same time period last year (Aug. 14 to Aug. 20, 2011), according to data from Thomson Reuters.

Private equity provided the week’s biggest deal. The Carlyle Group announced on Wednesday it would buy Getty Images, a leading supplier of stock photos, video and other digital content. The deal is valued at $3.3 billion. Hellman & Friedman is the seller.

The Getty Images sale helped PE deal value to nearly triple this week. There were twenty deals, valued at $4.4 billion, TR says. This compares to 28 mergers that totaled $1.2 billion for the same time period last year.

Here’s the week’s top 5 PE transactions, according to Thomson Reuters.

This week, the Zayo Group said it would pay $13.5 million to buy the remaining stake it doesn’t own in USCarrier. Zayo bought roughly 50% of the company through its 2010 acquisition of American Fiber Systems.

Zayo is backed by GTCR.

Coming in at fourth place is New Horizons Worldwide. On Aug. 13, New Horizons announced that an investor group led by Camden Partners was buying them. The deal was valued at roughly $56 million.

Conshohocken, Pa.-based New Horizons is an IT training company. Camden, a Baltimore PE firm, initially invested in New Horizons in 2005.

The deal for New Horizons includes a 45-day go-shop period, a statement says.

Our third biggest PE-backed deal of the week is from Swander Pace Capital.

The transaction is valued at roughly $65 million.

The company, which will operate as Wilsonart International Holdings, makes and distributes high pressure laminates and other fine surfacing materials and components used in furniture, office and retail space. The company produced $1.1 billion in 2011 revenue.

In this week’s top position comes the sale of Getty Images.

In 2008, Hellman & Friedman acquired Getty Images in a deal valued at $2.4 billion. A trust representing certain Getty family members is also a shareholder, according to Moody’s Investors Service.

Hellman & Friedman invested up to $941.3 million equity in Getty as part of the buyout, according to SEC filings.

The Caryle Group announced on Aug. 15 it would buy Getty in a deal valued at $3.3 billion.