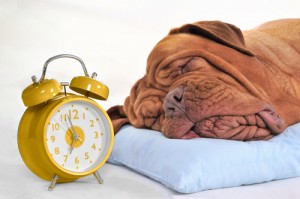 General M&A saw a surge in deal value this week, while PE transactions turned in some of their worst numbers so far this year.

There were 418 global announced M&A deals this week, according to preliminary data from Thomson Reuters. The 418 deals are valued at roughly $53 billion, a near 74% jump from last week.

Over in the PE world, things weren’t just quiet but downright dormant. The sector saw 40 announced global transactions, totaling about $3 billion. The 40 transactions are the fewest number of deals announced, during a weekly span, for all of 2012. Deal value is also rough and is the fourth lowest so far this year, according to data from Thomson Reuters. But this could change. The information is preliminary and the numbers could inch up as TR, the publisher of peHUB, gets more info (like more deals or more info on deals).

ChrysCapital is investing about $57 million in Intas Pharmaceutical, an Ahmedabad-based drug maker that has reportedly chosen to defer its IPO. With the investment, ChrysCapital boosts its stake in Intas to more than 15% from 11.3%, according to The Economic Times.

Coming in fourth place is Ekuiti Nasional’s deal to buy the marine vessel services arm of Tanjung Offshore. Press reports value the deal at RM220 million cash or US$72 million.

Ekuinas is funding a special purpose vehicle, Kota Bayu Ekuiti Sdn Bhd, to acquire Tanjung Kapal Services, according to TheEdge. Once the deal closes, TKS will own and operate 16 offshore vessels, the story says.

Ekuinas is a government-linked PE fund management company established in September 2009. The Malaysian government has “allocated an initial fund of RM500 million, to be enlarged into RM10 billion over time,” according to the firm’s web site.

Water Street Healthcare Partners, of Chicago, this week inked a deal to buy the sports medicine business of Orthofix International. The sale price is $157.5 million.

Veritas Capital agreed to buy the healthcare business of Thomson Reuters in a deal valued at $1.25 billion. The deal is expected to close in the next few months.

The week’s biggest deal takes us to Scotland where Global Infrastructure Partners has agreed to buy Edinburgh Airport. The deal was valued at £807 million, or $1.3 billion. BAA, which operates Heathrow Airport and other regional airports, was the seller, according to the New York Times.

Global Infrastructure also owns a 75% stake in London City Airport and a 42% of London Gatwick Airport.