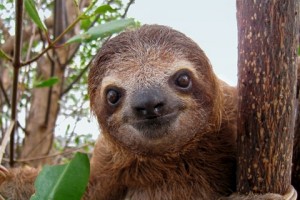 Slow continues to be the word this summer as the number of transactions dropped nearly 43%. However, deal value nearly doubled, according to data from Dealogic.

There were 134 U.S. announced mergers this week, valued at roughly $13.7 billion, according to data from Dealogic. This compares to 234 transactions for the same time period in 2011, which collected about $7.5 billion, Dealogic says.

In a surprise, the week’s top transaction was a private equity deal. The $3.5 billion takeover of Hamilton Sundstrand by the Carlyle Group/BC Partners ranked as the No.1 transaction for U.S. announced deals this week.

Other notable deals include Genesee & Wyoming’s buy of RailAmerica for nearly $2 billion, which placed second (the Carlyle Group is investing $800 million as part of the Rail America deal). Coming in third is VMWare’s buy of Nicira for $1.05 billion.

There were 10 U.S. buyout transactions this week, raising about $4.1 billion, Dealogic says. This compares to 14 deals that collected $357 million during the same week in 2011, Dealogic says.

Photo of a Sloth, one of my favorite “slow” creatures, is provided courtesy of Shutterstock

Encompass, which provides logistics for electronics products and replacement parts, is backed by Sankaty Advisors. Sankaty is the credit affiliate of Bain Capital.

RealPage, which is backed by Camden Partners, acquired RentMineOnline this week. The deal is valued at $9.5 million.

RentMineOnline is a SaaS provider of “social network marketing solutions for the multifamily rental housing industry,” according to the statement.

In second place is a carpet deal. Interface this week announced it was selling its Bentley Prince Street unit to Dominus Capital. The deal is valued at $35 million.

Coming in first place is Carlyle’s/BC Partners’ agreement to buy Hamilton Sundstrand Industrial. The transaction is valued at $3.46 billion. United Technologies Corp. is the seller.

Hamilton Sundstrand makes pumps and compressors for the industrial, infrastructure and energy markets.