Before iRobot launched the popular Roomba vacuum, co-founder Rodney Brooks and team came up with 14 other business plans to showcase the company’s technology.

But the ideas, which ranged from developing robots for nuclear plant inspection to generating royalties from robotics-enabled toys, all had one thing in common: At the time, they all failed.

“It’s difficult to predict whether the market will be responsive to a radically new solution,” said Brooks, speaking at last week’s PartnerConnect conference in New York, to showcase his latest startup, Heartland Robotics. It’s also difficult, he added, to rally investors behind a business model that relies on manufacturing a complex product. Margins are far lower than for software, and development cycles are longer.

That said, when a technology catches on, it can have a dramatic impact – and big returns to boot. Robotics entrepreneurs, a group well-accustomed to rejection from venture capitalists, had a big moment of  vindication in March when Amazon.com Inc said it will buy Kiva Systems, a developer of robots that maneuver around warehouses, for $775 million. Reading, Mass.-based Kiva had previously raised $22 million from backers, including Bain Capital Ventures.

Whether there are more home runs from the robotics sector remains to be seen. In the past couple of years, VCs have made the occasional sizable investment in a robotics company.  In the following, slideshow, we look at five of the largest funding recipients. 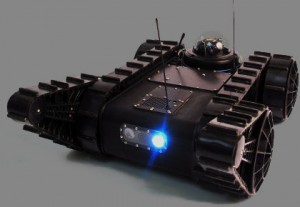 Location: Villerbaunne, France
Business: Focuses on distribution of robots for entertainment, education and personal services as well as development of software applications for consumer robotic platforms.
Funding: Raised $8.6 million in 2011 from Garibaldi Participations and Evolvem, according to Thomson Reuters. 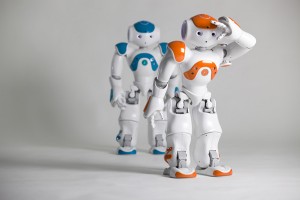 Location: Paris
Business: Develops humanoid robots for consumer applications. As of December, the company had sold 2,000 robots worldwide and had just released the latest generation of its programmable humanoid robots, the NAO Next Gen (see picture), which are intended for research, teaching and, more generally, for exploring new areas for service robotics.
Funding: Has raised $20.3 million, including a $13 million round in June, according to Thomson Reuters. Backers include CDC Innovation, Omnes Capital, Intel Capital and I-Source Gestion.

Location: Newark, Calif.
Business: Creates robots to perform household chores. Markets a robotic vacuum cleaner. In March, introduced the Neato XV-21, which includes a new bristled brush that it says will improve the pick-up of pet hair, dander and fibers and allows the vacuum cleaner to run more quietly than previous models.
Funding: Has raised $25 million since 2006, including a $14 million round in October, 2010, from backers including Noventi, according to Thomson Reuters.

Location: Boston
Business: Designs and builds industrial robots for use in manufacturing, with a focus on small and medium-sized manufacturers.
Funding: Has raised $32 million since 2008, including a $20 million round in November, 2010. Backers include Bezos Expeditions, Charles River Ventures, Highland Capital Partners, Sigma Partners and Staenberg Venture Partners.