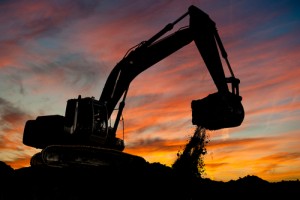 In the past, they have largely shunned mining acquisitions, as the volatility of commodities prices and cash flow made it difficult to structure leveraged deals. Those concerns are on the wane.

Bankers, deal lawyers and some of the firms are predicting a flurry of such transactions around the world this year, mainly in the $50 million to $800 million range, with the possibility of one or two substantially larger deals.

The prospect of cash-rich private equity players buying into the potentially lucrative but risky mining sector, lured by cheap valuations, has been talked about for the past two years. Those predictions turned out to be more sizzle than steak.

Things have changed, in part because private equity firms, whose money comes from big investors such as pension funds, university endowments and charitable trusts, have had more time to come to grips with the mining sector. A handful of new mining-focused shops with in-house expertise has sprung up. And in some cases, bankers and industry insiders say mining companies may have few options.

An extended freeze in capital markets has left many small and mid-sized miners starved of cash and willing to consider a marriage of convenience with private equity firms, who need to put massive amounts of unspent capital to work.

Industry tracker Preqin estimated they had $1.1 trillion available at the end of last year. Of that, some $20 billion to $30 billion could be available for deployment into mining, industry players say.

“Last year, we were active but maybe not as active as I would have liked to see us,” said Isser Elishis, chief investment officer at Waterton Global Resource Management, a boutique, mining-focused private equity firm based in Toronto. “This year I think it will pick up dramatically.”

To be sure, no one is talking about a wave of big deals by the larger private equity firms like Blackstone Group LP. Concern about the risks that the cash flow that is needed to fund a leveraged buyout will be here today, gone tomorrow, remains a deterrent to mining deals for them.

And competition for the big, quality assets they may want is fierce, and has already seen them beaten to the prize several times.

The deals will more likely be done by smaller, mining-focused private equity groups, most of them based in North America and London. Some mainstream firms like Warburg Pincus are also bulking up their industry expertise by hiring experts from within the mining sector.

“Expectations are high,” said Brian Graves, co-leader of Canadian law firm McCarthy Tetrault’s global mining group. But he cautions that private equity’s penetration into the mining industry will depend on its appeal compared with alternative financing opportunities such as royalty and streaming deals that offer cash-starved miners other avenues of relief.

“I do think this year there is going to be at least one firm that makes a significant investment. It could be two or three, but probably no more than that,” said Jason Attew, the managing director of global metals and mining at BMO Capital Markets.

The current environment is ideally suited for three types of private equity investment, said Ross Bhappu, a senior partner at mining-focused private equity fund Resource Capital Funds. These are buyouts of existing operations that large miners are spinning out, the funding of construction-ready projects, and the funding of early stage companies that would normally look to do a capital-raising on a stock exchange.

After a near decade-long mining boom driven by China’s growth-fueled appetite for metals and minerals ended in 2011, large and small mining companies have been slashing costs and ditching unprofitable, high-cost assets in an effort to adjust to lower commodity prices and reverse depressed valuations.

Bhappu believes part of the appeal of private equity firms for the industry is they are often willing to be creative in their investment structure.

“You could use straight equity, but maybe convertible debt, a bridge loan, or mezzanine financing may be a better fit for the type of project being developed,” he said.

The private equity firms that will be successful in the sector are the ones with a long-term view, and that have the expertise needed to run a mining company, said BMO’s Attew.

“They are doing it right, they are being cautious and they are trying to build mining companies, as opposed to just making investments,” said Attew. He cited firms like X2 Resources and Magris Resources that are led by former mining executives, and more traditional firms like Warburg Pincus that have been building in-house expertise.

Waterton, several of whose employees previously worked for the world’s No. 1 gold miner, Barrick Gold Corp, offers a suite of mining expertise including mine design, processing and logistics, among others. These are skills and resources that small mining companies do not usually have in-house.

“Where the rubber’s going to meet the road are those PE firms that are going to truly expect short-term hits even though they are talking long term. They are going to be disappointed,” said Elishis.