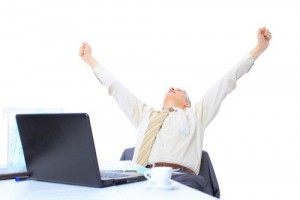 New Mountain Capital is exiting SNL Financial after four years during which the firm multiplied its investment by more than 6x.

Once the sale closes, SNL Financial shareholders under New Mountain’s ownership will receive $1.75 billion in total gains, a source said. The transaction will have produced a more than 6x multiple of invested capital and an IRR of over 65 percent for New Mountain, the person said.

New York-based New Mountain, a generalist firm, typically invests $100 million to $500 million per deal. Portfolio companies include AmWINS Group Inc., EverBank, HealthPort and ZepInc. New Mountain’s investment in SNL Financial dates back to August 2011, when the PE firm closed its buy of a majority stake in the company. SNL Financial’s enterprise value at the time was $450 million. The deal included $175 million in debt, the source said.

New Mountain has already gotten some of its money back. In 2012, SNL Financial launched a $290 million dividend recap loan, LPC said at the time. The loan was used to pay out a $50 million dividend to SNL Financial’s equity holders, Moody’s Investors Service said in an October 2012 report. It’s unclear how much New Mountain received from the dividend. The firm, within 14 months of its SNL Financial investment, returned roughly half of its invested capital, including the 2012 dividend, the source said.

Fund III is producing a net IRR of 8.4 percent and an investment multiple 1.3x as of Dec. 31, according to performance data from the California Public Employees’ Retirement System. New Mountain’s fourth fund, a very young pool, is generating a 3.5 percent IRR since inception as of Dec. 31, the Colorado Public Employees’ Retirement Association said.