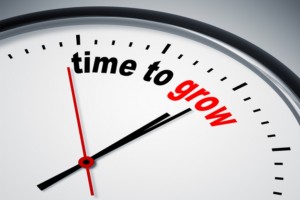 The Menlo Park, California-based firm, founded last year by Managing Partner Garheng Kong, is supported by Sofinnova Ventures. Sofinnova is helping with back office responsibilities, as well as fundraising and investor relations.

HealthQuest and Sofinnova Ventures have some limited partner overlap, but the new firm also attracted its own LPs, Kong told peHUB in an interview.

“HealthQuest is a separate fund; the concept, strategy and focus were generated and thought of while I was a GP at Sofinnova,” said Kong, who was a general partner at Sofinnova Ventures from 2010 to 2013. Before that, he was a GP at Intersouth Partners for 10 years, from 2000 to 2010.

Kong wouldn’t disclose LPs, and it’s unclear if Sofinnova is kicking in capital as an LP in the HealthQuest fund. Separately, Sofinnova Ventures closed its ninth venture fund in July on its $500 million hard cap, beating its original $425 million target, after about five months in the market.

HealthQuest had originally targeted $50 million for Fund I with an $80 million hard cap, but Kong said he saw enough demand and investment opportunity to ask for and receive approval from LPs to expand the cap.

Fundraising for Fund I started last year. The group held a first close in summer 2013 and completed its first deal last fall, according to Jennifer James, a marketing partner with Sofinnova Ventures, who assisted in HealthQuest’s fundraising.

HealthQuest has already made three investments from the debut fund, which is about 15 percent deployed, Kong said. The firm targets commercial stage investments in companies focused on such areas as medical devices, diagnostics, patient care products, consumer health/OTC and healthcare information technology.

The three investments so far include Vestagen, which makes textile products and technologies for hospitals and other healthcare facilities; First Aid Shot Therapy, which is developing and commercializing a portfolio of liquid “shot” OTC products; and Castle Biosciences, which is commercializing diagnostic tests for orphan cancers.

HealthQuest is interested in companies that have moved beyond the clinical stage, with its incumbent regulatory risk, and onto the commercial stage of moving a product to market, Kong explained. The areas of focus are those “relatively underserved” by investors.

It’s preferred investment range is from $7 million to $10 million per company. The firm expects to lead funding rounds, that with the support of a syndicate, could reach up to $20 million.

“These companies are very scrappy. [They are] usually in places where there is not a lot of capital nearby … they are harder to find,” Kong said.

HealthQuest has investment teams located in Northern and Southern California, on the East Coast and in the Southeast.

Other members of the investing team include Partner Randy Scott, founder and CEO of Novamin Technologies, which was acquired by GlaxoSmithKline; Partner David Kabakoff, co-founder, CEO and chairman of Salmedix, which was acquired by Cephalon; and Venture Partner Tom Callaway, president and founder of Life Science Partner, a life science executive search firm.

Kabakoff also is an executive partner with Sofinnova Ventures.