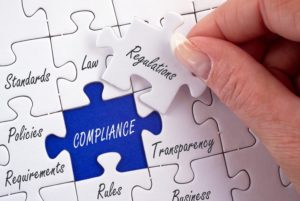 A little-noted aspect of the first set of examinations of private equity shops by the U.S. Securities and Exchange Commission is that the agency in some cases picked firms considered to be more likely to have compliance problems, sister magazine Buyouts reported. That fact may help explain the high percentage of problems found.

A widely cited statistic that the SEC found significant problems in how fees and expense are handled in more than half of a sample of private equity firms threatens to badly erode the industry’s reputation with the public and on Capitol Hill. But many press accounts ignore how the SEC chose early examinees.

In testimony to the House Financial Services Committee on April 29, SEC Chair Mary Jo White said that the Office of Compliance Inspections and Examinations over the last two years had begun conducting “focused, risk-based exams” of hedge funds and private equity firms that since 2012 have registered as investment advisers under a requirement of the Dodd-Frank financial reform law. White went on to briefly describe the many problems found, such as the “misallocating” of fees and expense—problems that the director of the OCIE, Andrew Bowden, went into greater detail on in a speech May 6 in which he cited the high percentage of firms with problems.

The phrase “risk-based exams” used by White seems open to interpretation. But it has a specific meaning in the context of SEC examinations. In 2009, then-director of OCIE Lori Richards in testimony before the Senate Banking Committee said that a “risk-based” approach to examinations “is intended to prioritize registrants for examination, and to assign examination staff to those advisers and funds that appear to present the greatest potential for having an adverse impact on investors.” The risk-based approach, in place since 2003, is meant to deploy resources efficiently in the face of a growing number of registered firms.

White in her testimony late last month didn’t spell out exactly what she meant by a risk-based approach to the private equity examinations or how early targets were chosen. However, she said that the OCIE in general “has adopted a risk-based approach for selecting which firms, areas and issues to examine.”

In her testimony White said that about 1,800 advisers to hedge funds and private equity funds have registered with the SEC since 2012. She described the “presence” exams of private funds taking place as being “more streamlined than typical examinations” and as “designed both to engage with the new registrants to inform them of their obligations as registered entities and to permit the commission to examine a higher percentage of new registrants.” …