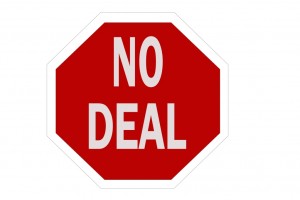 Investcorp has failed to find a buyer for SourceMedia and the auction is busted, four sources tell peHUB.

SourceMedia, which publishes American Banker and The Bond Buyer, went up for sale in the fall, peHUB has reported. The Jordan Edmiston Group advised on the process. The auction was expected to draw bids of 5x to 6x EBITDA but proposals came in at less than 5x, one PE executive says. This despite the fact that Jordan Edmiston sent out 60 books, a banker says.

“[SourceMedia] couldn’t get a bid north of $60 million,” the banking source says. “It’s a total bust.”

Private equity firms, which already own a platform in B2B publishing, were expected to bid for SourceMedia. It’s not clear if PE was involved. Summit Business Media, which includes former Source execs John Whelan and Jonathan Moore, did bid for the unit, several sources say. However, Summit’s proposal was “low, low,” a different banker says.

UPDATE: Firas El Amine, an Investcorp spokesman, confirmed that the PE firm did run a process for SourceMedia. “[Investcorp] did not get a bid that reflected the proper value of the company in our minds,” he says. El Amine declined to comment on how high the bids were.

SourceMedia represents a rather long hold, eight years, for Investcorp, a Bahrain private equity firm. Investcorp acquired SourceMedia, when it was known as Thomson Media, for $350 million in November 2004. (The seller was Thomson Corp. which went on to buy Reuters in 2007 and formed Thomson Reuters, the publisher of peHUB.)

Investcorp split SourceMedia in two businesses and sold one half, Accuity Holdings, last year to Reed Elsevier for about $530.1 million. For Investcorp, the Accuity sale generated a return of nearly two times the cash it put into SourceMedia, The Wall Street Journal reported.

Investcorp, however, is considered a very patient investor. Since the PE firm did not get a suitable offer for SourceMedia, it will likely hold onto the unit for now, a fourth banker says.

-Jon Marino and David Toll contributed to this report.