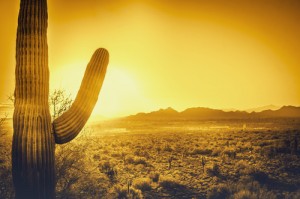 Low oil prices cast a chill over the Southwest deal-making this year, but sponsors say the market is starting to heat up again.

Technology tied with energy and industrials as the most active segments for the region, each drawing a 15 percent share of the LBO deal pie.

The Southwest is much more affordable for tech and other startups compared to Silicon Valley or the East Coast, said Chris Nugent, partner in the private equity group at Goodwin Procter. He has worked on tech deals, as well as consumer and healthcare buyouts in Texas and Arizona in recent months.

“A lot of activity emanates from Austin, Texas, the ‘Third Coast,’” Nugent said. “It’s got very cheap real estate, no income tax and Dell is focused there. The Austin scene is booming and the state is very pro-business.”

“It’s a heavily industrialized state,” he said. “Overall, it has good weather and a relatively inexpensive work force, with a lot of auto manufacturing and a lot of production of basic materials. That’s something people don’t fully realize.”

People less familiar with the region sometimes overestimate the importance of oil and gas in Southwestern deal-making, particularly in Texas, Vescovo said.

As to why the industrial sector is particularly active right now, he said it has been more than seven years since the start of the Global Financial Crisis, so companies purchased around that time are ready to be sold.

Also, some industrial companies are worried that an economic downturn may be around the corner and they want to sell now in hopes of getting the best price, Vescovo said.

The $8.8 billion acquisition of PetSmart Inc, the Arizona-based retailer, ranks as the biggest deal in the region in the past year. Acquired in March by an investment group made up of BC Partners, Caisse de dépôt et placement du Québec, Longview Asset Management and StepStone Group, the company drew interest from several bidders in the private equity space.

With the gambling mecca of Las Vegas based in the region, it’s no wonder casino-related deals emerged among the largest buyouts. The second-largest Southwest deal was for Bally Technologies Inc, the developer of gaming software for cutting-edge slot machines. It was purchased for $5.2 billion by Scientific Games Corp, a platform of Ron Perelman’s MacAndrews & Forbes Holding.

Five other deals eclipsed the $1 billion value threshold in the region. The largest of them was Nevada 1, a Las Vegas owner and operator of casino hotels, which was sold by Deutsche Bank to Blackstone Group for more than $1.7 billion.

Ravages of the oil collapse

Deal-makers said low oil and gas prices hampered buyouts in the energy sector in the past year or so. WTI crude oil dropped from above $90 a barrel in late 2014 down to $50 in early 2015, only to fall even further 0ver the summer. Recently it has been trading in the low $40s.

Low oil prices have fueled uncertainty. “The banks are very reticent to commit capital as this continues to be a bit of a falling knife,” Vescovo said.

“Companies that can tap into an international base in the Middle East or South America or elsewhere have fared better,” Boguslaski said. “The second group where you still see some resiliency and some investor interest is companies that are on the right side of the trend toward greater efficiency… If you don’t have one of those two pockets in your backpack, it’s difficult for you right now.”

In the Southwest, Texas-based GPs have corralled most of the money. Since the beginning of 2014, the top 10 fundraisers are all based in the Lone Star State.

Spearheading the fundraising charge was Lone Star Funds, with a hefty $13.2 billion raised for two of its credit-focused funds. TPG Capital Management ranks as another Texas-based giant with $10.4 billion raised across three funds since 2014. Of the three TPG funds, TPG Partners VII LP did the heavy lifting, raising $6.5 billion.

Rounding out the top five fundraisers were Sterling Group, which pooled just under $1.3 billion for its fourth flagship fund, and Trive Capital Management, which raised half a billion dollars for its second buyout vehicle.

On the deal advisory front, Skadden has the largest market share among legal advisors, while JP Morgan took the biggest piece of the financial advisory pie. They both command more than half of the market share in their respective fields.

The following tables and charts reflect closed deals by U.S. buyout firms in the Southwest region of the United States, defined as Arizona, Nevada, New Mexico, Oklahoma, Texas and Utah.

The source for the data is Thomson One, a product of Thomson Reuters. The data is current as of November 8, 2015.

This story was co-written by Steve Gelsi, senior editor of Buyouts.