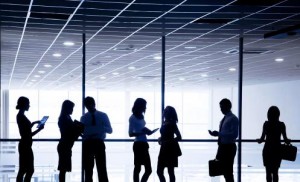 Dr. Guadagni will primarily be responsible for the development and expansion of commercial opportunities for Toraymyxin and Spectral’s Endotoxin Activity Assay (EAA™) in Canada, the United States and Europe.

“We are very excited to add Dr. Guadagni to the Spectral team at this stage of our clinical development plan for EAA and Toraymyxin.” said Dr. Paul Walker, President and CEO of Spectral Diagnostics. “Dr. Guadagni has extensive experience in market development and sales of the EAA and Toraymyxin theranostic approach to the management of septic shock in regions outside of North America.”

Prior to joining Spectral, Dr. Guadagni spent 10 years at ESTOR S.P.A where he was the company’s sales and marketing director, and scientific consultant for Toraymyxin. ESTOR is a Milano-based company specialized in the production, promotion and sale of advanced biomedical devices in the areas of dialysis, intensive care and hemodynamics.

As ESTOR’s European sales and marketing director, Dr. Guadagni managed an 18-person sales team that focussed on selling and marketing Toraymyxin and EAA in Italy, Switzerland and Austria where the sales of EAA and Toraymyxin have grown annually.

As a scientific consultant for ESTOR, he coordinated a number of post-marketing clinical trials such as the “Euphas” trial (Early Use of Polymyxin B Hemoperfusion In Abdominal septic Shock). In 2010, he coordinated Euphas2 (www.euphas2.eu), an international data registry for Toraymyxin and EAA use in critically ill patients with septic shock, in multiple countries worldwide.

Dr. Guadagni has a PhD in bioengineering and a master’s degree in biomedical engineering, both from Politecnico di Milano University in Italy.

Spectral’s EUPHRATES trial second planned interim analysis will occur after 184 randomized patients have been followed for 28 days. At the second analysis, the trial’s Data and Safety Monitoring Board (DSMB) will advise Spectral on the trial’s safety, efficacy or futility, with stopping rules in place for efficacy and futility. A sample size recalculation will be done if necessary.

Management expects to disclose information from the second interim analysis in the first half of 2014.

Spectral is a Phase III company seeking U.S. FDA approval for its lead theranostics product for the treatment of severe sepsis with septic shock. Toraymyxin is a therapeutic hemoperfusion device that removes endotoxin, which can cause sepsis, from the bloodstream. Directed by the Company’s Endotoxin Activity Assay (EAA™), the only FDA cleared diagnostic for the risk of developing sepsis. Spectral’s EUPHRATES trial is the world’s first theranostics trial in the area of sepsis.

Toraymyxin has been approved for therapeutic use in Japan and Europe, and has been used safely and effectively on more than 100,000 patients to date. In March 2009, Spectral obtained the exclusive development and commercial rights in the U.S. for Toraymyxin, and in November 2010, signed an exclusive distribution agreement for this product in Canada. More than 250,000 patients are diagnosed with severe sepsis and septic shock in North America each year, representing a greater than $1 billion market opportunity for Spectral. Spectral is listed on the Toronto Stock Exchange under the symbol SDI, and on the OTCQX under the symbol DIAGF. For more information please visit www.spectraldx.com

Information in this news release that is not current or historical factual information may constitute forward-looking information within the meaning of securities laws. Implicit in this information, particularly in respect of the future outlook of Spectral and anticipated events or results, are assumptions based on beliefs of Spectral’s senior management as well as information currently available to it. While these assumptions were considered reasonable by Spectral at the time of preparation, they may prove to be incorrect. Readers are cautioned that actual results are subject to a number of risks and uncertainties, including the availability of funds and resources to pursue R&D projects, the successful and timely completion of clinical studies, the ability of Spectral to take advantage of business opportunities in the biomedical industry, the granting of necessary approvals by regulatory authorities as well as general economic, market and business conditions, and could differ materially from what is currently expected.

The TSX has not reviewed and does not accept responsibility for the adequacy or accuracy of this statement.