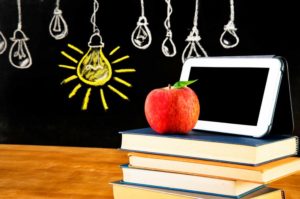 Spectrum Equity is set to make 8x on the sale of ExamSoft after a six-year hold, sources familiar with the deal told PE Hub.

The firm this morning announced the sale of ExamSoft, a software-based assessment platform, to Turnitin, a provider of academic integrity and assessment solutions.

The combined company is poised to become a single destination for academic integrity and offer institutions flexible options for delivering both remote and in-person assessments, the firm said.

Spectrum’s original investment in ExamSoft came out of Spectrum Fund VI, which closed on $680 million in 2010. According to sources, the fund is now tracking between 2.5x to 3x net returns. ExamSoft is poised to return its investors over a third of Fund VI’s invested capital, the people said.

ExamSoft, based in Dallas, Texas, provides software that enables students to take exams in a secure manner, disabling any potential for cheating.

Spectrum Equity declined to comment on financial aspects of the deal, however, the firm spoke about the recent acceleration seen by both ExamSoft and the broader EdTech sector.

ExamSoft has grown over the past few years, primarily organically, amplifying the number of its employees from 40 at the time of Spectrum’s investment to 180 employees at the time of its sale, Steve LeSieur, managing director at Spectrum Equity, told PE Hub in an interview.

Spectrum helped ExamSoft expand its client reach beyond security software for law students, broadening its reach to students in other fields such as medical and dental, LeSieur said.

“When we bought the business it was a relatively small company, but it had incredible customer retention; it had a distinctive franchise and a couple of graduate school specialties like law and medical and nursing schools, and we thought it was incredibly extensible into other categories,” LeSieur said. “That’s what happened: we expanded beyond law and medical into a broad set of academic specializations and even undergrad, and then into 25 countries around the world.”

According to LeSieur, ExamSoft has a 98 percent client retention rate.

The covid-19 environment has also fueled growth. “ExamSoft had 10 customers in beta in the first quarter of this year, and when covid hit, it went to several hundred basically overnight,” LeSieur said.

While the growth of the sector is hard to dismiss during the remote learning environment, the investors saw opportunity in the sector long before the pandemic, according to LeSieur. Spectrum is currently invested in Kajabi, Teachers Pay Teachers and Finalsite, among other EdTech companies.

With ExamSoft, Spectrum sees another big EdTech win, following past successes including the 2015 sale of lynda.com to LinkedIn for $1.5 billion.

Spectrum early on acknowledged how the internet was affecting education, and quickly realized that higher education in particular was way behind the time, the investor said.

Important exams, including both summative and formative assessments as well as quizzes “were still being done on bubble sheets and people were handwriting it,” LeSieur said. “That to us just seemed crazy.”

ExamSoft completely digitizes the exam process and offers secure solutions for test takers, whether they do it in person or remotely.

Correction: The updated version of the story corrects the spelling of LeSieur’s last name and location of ExamSoft’s HQ.