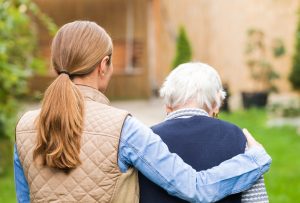 A limited group of private equity groups bidding upward of $1 billion are set to enter the second round of the sale process for Webster Equity Partners’ Bristol Hospice, PE Hub has learned

Although strategics were previously in the mix, none – including PE-backed platforms – will move forward in the next stage of the process, sources with knowledge of the process said.

First-round bids were fielded last week, following which a mid-single-digit number of private equity firms remain in the running for the Salt Lake City company, they said.

The sale process, which Goldman Sachs and Houlihan Lokey are advising on, formally kicked off in February, PE Hub previously wrote.

Formed in 2006, Bristol is a multi-regional end-of-life care provider, with a significant footprint in California and additional locations throughout Arizona, Colorado, Florida, Georgia, Hawaii, Nevada, Oregon, Texas and Utah. The company has grown to 35 locations, according to its website, from 11 locations at the time of Webster’s investment.

Bristol provides hospice services to meet the physical, psychosocial and spiritual needs of its patients and their families or caregivers.

The process for Bristol follows a flurry of recent activity in hospice-care, an area of investment that remains in vogue as demand for end-of-life care in the home, versus the hospital, has only accelerated through covid.

Elsewhere, Brookdale Senior Living in February agreed to sell an 80 percent stake in its hospice, home health and outpatient therapy business to HCA Healthcare. The purchase price was $400 million.

And Advent International supported AccentCare’s grander ambitions as an M&A platform, snapping up Seasons Hospice & Palliative Care in November, diversifying beyond its skilled home health roots and into hospice care.

Webster last year solidified its transition to a healthcare-only strategy. Buyouts in September reported that Webster Equity Fund V had a $1 billion target, with the vehicle poised to invest in healthcare services exclusively, targeting non-discretionary and medically necessary healthcare companies in the middle market.

Webster, Goldman and Houlihan declined to comment. Bristol executives could not immediately be reached.