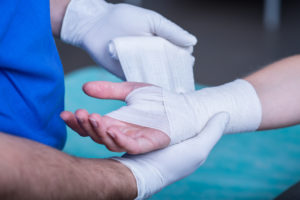 A sale process is underway for Trivest Partners-backed Vohra Wound Physicians, a founder-run network of physicians providing wound care in skilled nursing facilities, according to multiple sources with knowledge of the situation.

Harris Williams is advising the sellers on the private equity-only process, with the aim of closing a deal by the end of the year, some of the people said. First-round bids have been submitted and a handful of parties recently entered the second round of the process, they said.

The Miramar, Florida-based company expects 2021 EBITDA to approach $100 million, up from around the ballpark of $40 million of EBITDA when Trivest backed Vohra in December 2016, sources said. With value expectations of at least 14x EBITDA, according to some of the people, that implies a deal could value Vohra at close to $1.4 billion or more.

Vohra, which has grown organically at a double-digit rate for about a decade, has a largely Medicare-reimbursed business model, low capital expenditures and gross margins of around 40 percent to 50 percent, sources said.

Coral Gables, Florida-based Trivest, which invested in Vohra via its $225 million Trivest Growth Investment Fund, is looking to exit its less than 10 percent stake in the company, according to sources; founder and CEO Dr. Vohra intends to sell a significant portion of his investment, following which a new incoming investor would assume majority control, they said.

Founded in 2000, Vohra has grown its network to more than 300 wound care specialists serving over 3,000 skilled nursing facilities (SNFs). Its physicians, all employed by Vohra, make weekly visits to SNFs, and in many cases, the company supplies the patient’s wound care dressings through its integrated dressings program.

The idea is that Vohra helps prevent hospitalizations by reducing the number of wounds going untreated at nursing centers. In turn, it reduces costs for the entire health system while improving care. The company boasts that on average it saves Medicare $19,287 per patient, while reducing healing times by 21 days.

The company has also invested in technology, building a proprietary electronic health record (EHR) with a database of 6 million wounds. The EHR assists with clinical decision support, among other things.

Vohra has engaged in conversations with many sponsors in recent years, with likely bidders for the company including firms like BC Partners, Onex and Charlesbank Capital Partners, three sources said. Although Vohra’s heavy concentration in SNFs has deterred buyers wary of investing behind the end-market, the sources said, a fourth person added that healthcare services investors with technology experience are also examining ways in which they can leverage that expertise.

Though predominantly in the SNF market today, Vohra has an opportunity to diversify into other settings including the home as well as into the assisted-living world, sources said. Vohra, through its telemedicine platform Vohra@Home, has begun to penetrate the home setting with virtual visits.

Vohra is the only scale wound-care company with a model centered on employing and staffing specialists throughout SNFs. That said, another large and relevant company is One Equity Partners’ American Medical Technologies, or AMT. The OEP-owned company in March joined forces with RestorixHealth to create a more comprehensive platform, PE Hub wrote, providing an exit for Leonard Green & Partners.

AMT provides advanced wound-care supplies and services predominantly to SNFs, as well as to assisted living and hospice settings; Restorix provides services to a large network of outpatient wound-care clinics in partnership with hospitals.

While both AMT and Vohra have continued to scale, another industry player, Healogics, has been working to clean up its capital structure. The company in May announced a new $240 million equity investment, completing its restructuring. With the transaction, a group of new and existing investors, led by Clayton, Dubilier & Rice, Partners Group, on behalf of its clients, and Northwestern Mutual, invested $75 million of common equity, and Marathon Asset Management invested over $165 million in new preferred stock.

Trivest did not return requests for comment, while Harris Williams declined to comment and Vohra executives could not immediately be reached on Monday.