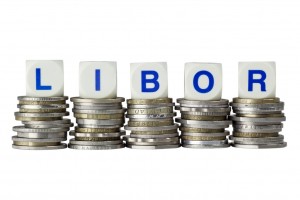 Manipulation of Libor could lead to lawsuits for years to come, and don’t be surprised to see some sponsors take part, sister magazine Buyouts reported today

More than two dozen lawsuits already have been filed in conjunction with the rate-fixing investigation, in which at least 15 giant global banks are under investigation for allegedly attempting to influence the movement of the London Interbank Offered Rate, a reference rate that is used to set rates on more than $350 trillion of derivatives and other financial products, from consumer mortgages to the senior loans on LBO deals.

While the full outline of the rate-fixing remains unclear, one large global bank, Barclay’s plc, agreed in July to pay at least $450 million to U.S. and British authorities to settle charges, sister news service Reuters reported. The U.S. Commodity Futures Trading Commission said Barclays attempted to manipulated Libor submissions “sometimes on a daily basis” over a four-year period starting in 2005.

Libor, of course, is commonly used as the reference rate on loans for U.S. LBO deals. One prominent domestic dealmaker, asked for comment, speculated that the plaintiffs’ bar was likely to find legal grounds for pressing a class action suit. If such a suit reached the courts, this GP added, “we would feel the need to join, for the benefit of our investors.”

In the early going, much of the legal action is coming from investors that bought directly into securities that could have been affected by Libor manipulation. For instance, the stock broker Charles Schwab Corp. claims it bought about $660 billion of fixed-rate and floating-rate securities affected by the alleged Libor manipulation, Reuters reported. The financial services company did not put an exact figure on damages, but has said in court documents that Libor-rigging banks reaped “hundreds of millions, if not billions, of dollars in ill-gotten gains” at Schwab’s expense.

The Schwab suit has been consolidated with a number of others, including complaints by individual traders and the City of Baltimore into a single case in Manhattan federal court, CNNMoney reported. A European asset manager, Vienna-based FTC Capital GmbH, also sued a dozen global banks in Manhattan federal court in April for manipulating Libor between 2006 and 2009, Reuters wrote.

Still, with respect to private equity sponsors, it is far from clear that the Libor manipulations actually harmed their business. Indeed, the evidence so far is that, especially in the early days of the mid-decade credit bubble, banks such as Barclays were actually underbidding the rates that they actually expected to pay in the interbank credit market. In such a case, the rate manipulation might have led to sponsor-backed companies paying lower Libor-related rates than they otherwise would have had to. (Some sponsors, however, might argue they lost deals to other firms owing to the availability of cheap debt.)

And since interest rates collapsed in the wake of the economic crisis, most leveraged loans have included Libor floors, providing a minimum return to the lender regardless of the reference rate. Taking that in combination with the spreads that lenders typically charge on top of Libor to adjust for the risk of the loans, and it puts a pretty thick layer of insulation between Libor and the rate that a sponsor-backed company actually pays, said Ronald Kahn, a managing director at Chicago investment bank Lincoln International LLC. “In the middle market, we’re kind of immune to Libor because of the spreads. Everybody has to make their yields.”

In addition, some evidence seems to indicate that regulators such as the British Financial Services Authority may have tacitly encouraged bankers to offer rate quotes that encouraged financial stability as the credit bubble swelled, then collapsed. “So, borrowers may have actually benefited from such efforts to alter the Libor index,” Tom Gregory, a co-founder and managing director of Chicago leveraged lender Maranon Capital LP, wrote in an e-mail message. Thus, he suggested, it might be credit investors rather than borrowers that would have standing to bring suit. “Those parties with excess cash to invest overnight may have been harmed by lower than normal Libor rates.”