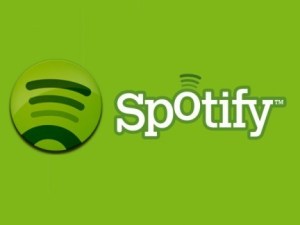 (Reuters) – Nordic technology investor Northzone, an early Spotify investor and its biggest shareholder after the founders, would like to see the online music streaming service gain a stock market listing in the next few years.

Spotify has 20 million active users worldwide – up 33 percent in less than six months – and counts 5 million users among subscribers who pay to listen to its music without commercial breaks.

“We, meaning Northzone, would assume the most logical way of building for the long term would be to IPO the company in a few years time or so,” Par-Jorgen Parson, a Northzone general partner and Spotify board member, told Reuters.

“But, at the end of the day, it is primarily up to the founders to decide how to best build the company for the long haul,” he added.

Spotify Chief Executive Daniel Ek, a 29-year-old Swedish entrepreneur who founded the firm in 2006 with Martin Lorentzon, said earlier this year he was ruling out going public.

Northzone, whose investment portfolio of more than 60 companies also includes lastminute.com, PriceRunner and mobile payments firm iZettle, does not detail how much of Spotify it owns but says it is the biggest owner after the two founders.

Start-ups like Spotify initially struggled to secure the support of the record labels and compete with the might of Apple Inc’s iTunes.

But more than a decade on, groups such as Shazam, Rhapsody, Pandora Media Inc and Spotify have become well established, delivering tunes to a global audience and helping grow revenues for once-wary labels.

Spotify, which cuts royalty deals with record labels, said recently it had paid more than $500 million to the music industry since its launch – an amount that has more than doubled in the past nine months.

“It took a long time for the company to be fully accepted by the labels because they were initially very small and offered a novel, untested business model,” Parson said.

“But now it’s been widely published that Spotify represents the second-largest revenue source on a global scale for the recording industry … I would envision them to become the biggest already in a couple of years,” Parson added.

Recent media reports have said Spotify is in the middle of a $100 million financing round that could value the company at just over $3 billion, which Parson declined to comment on.