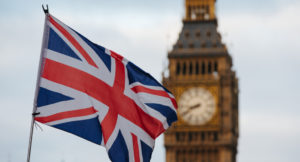 London calling. Greetings from London, where I’m working this week, meeting with colleagues at PEI Media’s offices near St. Paul’s Cathedral in The City. It’s been remarkably sunny, and the financial district is hopping here.

Private equity is increasingly active in the UK. The number of European corporates bought by UK PE firms rose from 245 in 2020 to 442 in 2021, according to research released this week by financial consulting firm Accuracy.

“UK private equity acquisitions of European companies bounced back sharply in 2021 as firms made up for time lost during the pandemic,” said Charlene Burridge, partner at Accuracy in London. “Despite fears that regulatory and legal changes stemming from Brexit would stifle dealmaking, European corporates remain attractive investment opportunities for UK private equity firms.”

Software and technology accounted for over a third of UK private equity investment in Europe, according to Accuracy.
“European M&A activity was resilient in Q1, notching a new quarterly deal value record,” said PitchBook in a report released this morning. “In Q1 2022, 4,138 deals closed worth in aggregate $479.0 billion—marking YoY increases of 2.6% and 10.7%, respectively. The mammoth $44.0 billion merger between S&P Global (NYSE: SPGI) and UK-based IHS Markit certainly buoyed deal value.”

Europe, like the US, is facing inflation, labor shortages and supply chain disruptions. And just like in the US, PE firms in Europe are seeking to invest in companies that are insulated from these issues and/or leveraging the trends, such as software companies that strive to improve logistics.

The Los Angeles firm has invested in several medical technology companies over the last couple of years. The firm closed its third buyout fund with $432.5 million in commitments at the end of last year. Vance Street has already completed six platform investments out of Fund III, including Wytech Industries (which makes specialty medical wire and tubing), Excel Scientific (films and foils used in life science applications) and Plastic Design Corporation (medical micro molding).

Martin outlined the firm’s process.
“When we get involved, we are usually the first institutional capital partner, so we like to spend the first 12 to 18 months working on foundational aspects,” Martin told PE Hub. “That means looking at ERP, sales and marketing, capex budget and spending.”

After that first phase, the firm shifts to more of an expansion focus.
“During years two and three, we focus on operational improvement and strategic add-ons to expand products, capabilities, customers or geographical reach,” he said. “In years four and five, we begin to think about an exit strategy and help our founders and CEOs plan for the next phase of ownership.”

“Typically, two-thirds of the time when we talk to a family or entrepreneur, they are thinking about estate planning and retirement,” Martin said. “What makes us unique is that we not only know the industry, but we can help them on the human capital side. We have an incredible network, because we have been investing in medtech and life science companies for more than 20 years, and we introduce our companies to industry experts, talented operators and valuable network contacts.”

For more, read the story here.

Telecom. PE-backed deals are a growing force in the media and telecommunications sector, with a slew of transactions announced recently, PE Hub’s Obey Martin Manayiti reports.

The telecom sector appears primed for these deals in 2022, thanks to rising demand for podcasts, video games, mobile apps, cloud computing, online gambling, artificial intelligence, and augmented and virtual reality software. And as media and telecom companies reevaluate their business models and sell off non-core assets, PwC expects to see “PE firms continue to be major players in the sector in the coming years.” As a sign of growth, private equity accounted for 37 percent of all telecom deals in 2021, up from 24 percent in 2018, according to a recent report from PwC. Last year’s deals represented a record $104 billion of announced value.

Investment in broadband infrastructure is expected to accelerate, especially now that Internet providers have agreed to help offer high-speed access to millions of unconnected households through the bipartisan infrastructure law.
Centre, Crestview, CDPQ and Grain are among recent PE buyers.

All of us at PE Hub would love to hear from you with story suggestions and deal news.