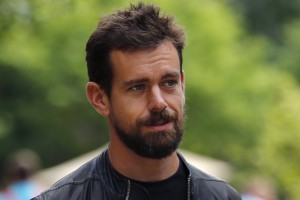 (Reuters) — Mobile payments company Square Inc filed for its long-expected initial public offering on Wednesday in a test of CEO Jack Dorsey‘s ability to take the company public even as grapples with a turnaround at Twitter Inc, which he also runs.

Square’s filing comes little more than a week after Twitter appointed Dorsey to head the microblogging site operator, which raised concerns about how he will balance his two jobs, a fact Square mentions in its IPO paperwork.

“(The dual role) may at times adversely affect his ability to devote time, attention, and effort to Square,” Square said in its filing with the U.S. Securities and Exchange Commission.

More broadly, the flotation will be a reality check for Silicon Valley’s hopes that closely held hot tech startups valued at $1 billion or more, known as unicorns, can still command rich valuations even as equity markets lose momentum.

San Francisco-based Square, founded in 2009, was valued at $6 billion at its last funding round a year ago.

The filing provides a peek at the company’s financials. The company said net revenue grew 51 percent to $560.6 million in the first six months of 2015 compared to the same period in 2014, while losses narrowed 2.2 percent to $77.6 million.

Square set a nominal fundraising target of $275 million for the IPO. The amount of money a company says it plans to raise in its first IPO filings is used to calculate registration fees. The final IPO size could be different.

Square said it would apply to list its stock on the New York Stock Exchange under the symbol “SQ”.
Goldman Sachs & Co, Morgan Stanley, Barclays and Jefferies are among the underwriters for the offering, Square said in the filing.