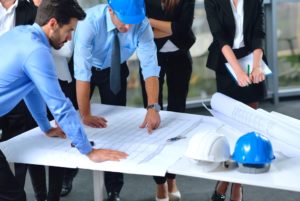 Consultants never seem to be in short supply: In the United States alone, there are some 250,000 individual consultants and consulting firms with fewer than 20 employees, according to estimates by startup Skillbridge. And beyond that, you have the thousands of consultants working at the McKinsey & Cos and Bain & Cos of the world.

But the sheer number of consultants available presents a big challenge. Assuming you don’t have the budget to hire one of the big guns, how do you make sure that your project and your consultant are a good match? And how do you get a competitive price?

That is where nine-month-old Skillbridge and its fledgling online consulting marketplace hope to come in, Stephen Robert Morse, the New York-based company’s head of marketing, communications and advertising, told sister magazine Buyouts.

Let’s say you’re looking to hire a consultant to help a portfolio company develop a pricing strategy, or to create a market map that points to promising areas to expand into. After submitting some preliminary information online about the project, such as its budget, Skillbridge will work with you to develop a detailed project scope, often within a day. Once you approve the project scope, Skillbridge will send it out to 10 to 20 consultants that seem right for the job out of its fast-growing network of some 2,500 individual consultants. The company will then get back to you with its top three recommendations. From the time you sign in at the site to the time a consultant starts work can be as little as three days.

Because these are individual consultants, pricing tends to be quite reasonable, Morse said. Expect to pay from as little as $50 per hour to perhaps $250 per hour or more. That’s far cheaper than the big firms, which might charge anywhere from $300,000 to $1 million in monthly fees and whose top consultants might bill $500 per hour or more, according to Skillbridge.

More than 300 requests for consultants have come in so far and the company has made about 100 matches, Morse said. Clients include executive recruiting firm Spencer Stuart and beauty products company Estee Lauder. Private equity shops that have used the service include SFW Capital, based in Rye, New York, and Milestone Active Management Fund, based in Princeton, New Jersey, said Morse.

Bear in mind that Skillbridge is still a very young company, with six full-time people. Launched by two former students at Wharton Business School with $20,000 in funding from the Dorm Room Fund sponsored by First Round Capital, the company is hoping to raise a far more substantial seed round of at least $1 million over the next few months. The company plans to invest the money in hiring a couple of more software engineers, Morse said, and to improve its platform so that more of the scoping and hiring process can be automated. In addition, within three to six months the company would like clients to be able to hire a team of consultants or firms for a particular job, rather than just an individual consultant or firm.