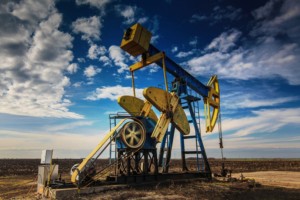 At least five senior Statoil executives and engineers have left the Norwegian oil giant’s North Dakota unit to form their own U.S. exploration and production company backed by $500 million in private equity.

The move is one of the first to show that billions of dollars waiting to finance energy deals in the wake of the last year’s crude price drop have started flowing to industry veterans eager to strike out on their own.

It also highlights that the wildcatter – the nostalgic American term for investors who prospected, well by well, for oil and built their own companies – is still very much alive despite doubts the entrepreneurial practice could survive after so much land was gobbled up by the U.S. shale boom.

Lance Langford, until recently the head of Statoil’s North Dakota unit, has formed Luxe Energy LLC in Austin, Texas, with equity financing from NGP Energy Capital Management, fulfilling a dream he said he’s had since he was a teenager.

“We believe that this could be an opportunity for those of us who have been through oil price cycles before,” said Langford, 52, who joined Statoil in 2011 when it bought Brigham Exploration, where he held a similar role.

“There’s a lot of young leaders who haven’t experienced that yet in this industry.”

NGP, which mentioned the investment on its website, only said it poached two Statoil executives. The firm declined to comment.

The exits are a loss for Statoil as it looks to keep its leadership intact for an expected jump in crude prices later this year and also to maintain its reputation as one of the more-environmentally responsible U.S. shale producers.

Indeed, Statoil made Rankin the subject of a recent national marketing campaign, taking out full-advertisements in Bloomberg Businessweek and other magazines emblazoned with his picture and the tagline: “It’s possible to discover more than you were looking for.”

Luxe seeks to acquire shale oil acreage and is less focused on natural gas. It plans roadshows to Houston and Midland later this month to shop for potential deals in the Wolfcamp and Delaware formations of the Permian shale in West Texas.

“We’ve got the financial support to buy entire companies, but we prefer to buy assets,” Langford said.

Shale fields in Wyoming and Oklahoma also are of interest, though for now Luxe will focus primarily on Texas, he said.

The former Statoil executives are prohibited from operating in the Bakken for at least a year due to noncompete clauses.