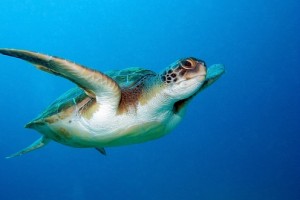 Eric Becker’s first requirement when starting Caretta Partners LLC, a Chicago-based growth private equity firm, was to invest only in companies that matter.

His second rule was to take a long-term view on deals. Caretta’s investment period could last for as long as 10 to 20 years, which is much different than the typical three- to five-year hold of private equity firms, Becker said.

The third requirement? Deep and meaningful partnerships. “I only want to work with great people who are passionate about their business,” said Becker, Caretta’s founder and managing partner.

Such rules are a change from Becker’s last firm, Sterling Partners, which he co-founded in 1983 when he was a student at the University of Chicago. (He ended up leaving UofC one quarter shy of graduation.) Sterling has since invested in over 100 companies, raised eight funds and amassed about $6 billion of assets under management.

Caretta, unlike Sterling, won’t have a fund. Instead, Becker is using his own capital and his family’s money to invest, he said. Each company, he said, will be structured and financed as a free-standing business. “By setting the bar so high, I will only invest in a handful of companies,” he said. “It really makes life so simple.”

Personal tragedy spurred Becker to reconsider his life. In August 2012, his only daughter was diagnosed with Acute Promylocydic Leukemia. “She had the only curable form of leukemia but the treatment damaged her heart,” Becker said. At 21 years of age, Cara Gwen Becker passed away in her sleep on December 30, 2012. “She was a wonderful kid,” Becker said.

Becker said his daughter’s death changed the trajectory of his life. He retired from Sterling in January, with plans to devote his time to service. He spent the last year “mentoring and connecting kids” in service projects around the country as part of Karma for Cara (K4C), a non-profit founded by his daughter. As part of K4C, Becker gave out “micro-grants” of $250 to $1,000 to children around the country to help fund their service projects. He also worked with Launch Chapel Hill, a startup accelerator at the University of North Carolina, fostering and mentoring entrepreneurs who had just launched companies.

“I ended up spending so much time with young people that I remembered how it was to start Sterling 32 years ago,” he said. “I felt the entrepreneurship energy coming back.”

Over the summer, Becker told his wife that he wanted to start another firm. Caretta launched three weeks ago. Caretta is the Latin name for the loggerhead turtle, which is said to have a built-in navigation system. The females typically return to the beaches where they were hatched to lay their own eggs. Caretta, Becker said, symbolizes his return to his entrepreneurial roots.

Including Becker, Caretta has a staff of three executives. He plans to expand and add more vice presidents.

Becker hopes to announce his first deal before the end of the year. “It’s about building better companies. Making them stronger, more sustainable.”