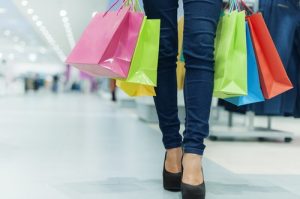 Stern Partners, a private equity firm with investment experience in the retail industry, plans to acquire a Canadian clothing chain that has fallen on hard times.

Comark, the parent of fashion brands Ricki’s, Bootlegger and Cleo, announced Monday it agreed to sell the business to Stern Partners. Expected to close in August, the deal will see the assets of the Mississauga, Ontario-based company transferred to a Stern Partners’ affiliate, Pacific West Commercial Corp.

In a statement, Stern Partners said it intends to continue operating all three retail banners under the Comark umbrella. The company’s private-label and branded apparel products for women and men will continue to be sold through stores across Canada. “Substantially all” employees will be offered jobs by the new owner, the statement said.

Earlier this year, Comark announced it had obtained bankruptcy protection under the federal Companies’ Creditors Arrangement Act (CCAA). Alvarez & Marsal Canada was tasked with monitoring the company as it began restructuring.

Comark said the purchase price is expected to repay its secured lender, Salus Capital, in full. Any outstanding funds will be made available to unsecured creditors. The company, as of March 2015, had about US$62 million in outstanding debt through a term loan and a revolving credit facility from Salus. It is secured by Comark’s assets, according to a court filing.

Salus also agreed to provide Comark with debtor-in-possession financing as part of the bankruptcy process, the court filing said.

Established as a family-run operation in 1976, Comark has been backed for more than a decade by KarpReilly, a U.S. private equity firm that invests in the consumer sector. KarpReilly’s predecessor, Saunders Karp & Megrue (SKM), bought the company for an undisclosed sum in February 2005.

SKM affiliated with Apax Partners shortly after the Comark acquisition. In 2008, KarpReilly emerged as an independent entity.

Reuters reported in March 2013 that KarpReilly was looking to sell Comark. The report suggested an auction handled by investment bank Oppenheimer could fetch up to US$400 million for the company.

Based in Vancouver, Stern Partners invests in mid-market and larger companies in a variety of industries. Founded and led by Canadian entrepreneur and lawyer Ronald Stern, its investments include more than 14 stand-alone businesses with annual revenues ranging from $20 million to $300 million.

The firm has a history of making retail investments. Its current portfolio companies include Warehouse One Clothing, a seller of denim and casual wear, and Urban Barn, a retailer of home furniture and furnishings.

Stern Partners declined to comment on this story. KarpReilly was not available to respond prior to publication.