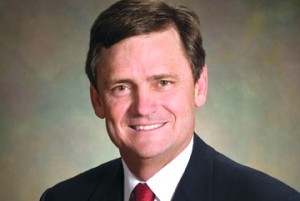 Steve LeBlanc, the innovative head of private investments at the $110 billion Texas Teachers’ Retirement System, the nation’s sixth largest pension, announced that he planned to step down in early June, a pension spokesman, Howard Goldman, confirmed to sister magazine, Buyouts. In his four years as senior managing director, LeBlanc and his team invested $20 billion in 90 investments, according to a statement.

It was not yet clear what LeBlanc would do next, except that he planned to return to the private sector and to “the creation of new companies,” the statement said. LeBlanc was not available for comment. The resignation of LeBlanc closely follows that of Christine Pastore, the head of alternative investments at the New Jersey Division of Investment, who resigned in March.

The board of Texas Teachers’ plans to discuss how to fill LeBlanc’s role at its next meeting on April 19 and 20.

“I came to TRS … with a sense of service toward more than a million members who serve Texas through our public educational system. I have been proud to serve them and am very proud of what has been accomplished on their behalf at TRS within the Investment Division,” LeBlanc said in the statement.

In 2011, LeBlanc earned a salary of $360,000 and had a bonus of $268,930.28. It was not clear whether the comparatively low level of public sector compensation played a role in his decision to leave Texas Teachers’. Most private equity portfolio managers who leave such roles to join private investment firms stand to earn several times their public sector compensation.

Last year, LeBlanc helped steer Texas Teachers’ into one of the private equity industry’s most watched deals, in which the pension committed $3 billion each to Kohlberg Kravis Roberts & Co. and Apollo Global Management as part of two separate managed accounts. The deal was soon followed by another large separate account commitment by the New Jersey Division of Investment (largely managed by Pastore), which pledged $1.5 billion to three separate accounts managed by the The Blackstone Group.

The two deals have been widely discussed in private equity circles, and a number of the nation’s largest public pension systems are expected to sign such deals in the next few years, as they increasingly use their size and influence to negotiate better terms and fees. Public pension plans are the largest sources of funds for the private equity industry.

Such separate accounts are different from typical private equity investments in that funds are not commingled with money from other investors. Rather, they are customized portfolios for just one investor. In describing how it planned to manage the money in its Texas Teachers’ accounts, KKR said that the arrangement would offer it and Texas Teachers’ “wide latitude for the opportunistic allocation of capital in different market environments.”

Following the commitments to KKR and Apollo, LeBlanc told Buyouts in late 2011: “They are fantastic firm, with long track records, global platform, best-in-market leadership. They are just two of the premier private equity firms in the world. We’re proud to be their partner.”

But separate accounts were not the only way LeBlanc urged a shake up within the tradition-bound private equity marketplace. He called for the development of an “eBay for secondaries,” a forum for investors to buy and sell their commitments to GPs. He said that creating “a robust liquid secondary market would be a good thing for private equity,” but said that such a development would not likely happen anytime soon.

LeBlanc came to Texas Teachers’ in 2008 after working as a key executive in Summit Properties, a real estate investment trust based in Austin, Texas.