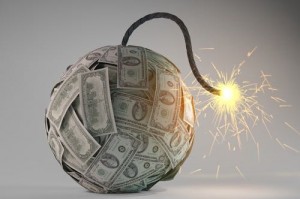 Staying in a fund makes little financial sense for investors after the ninth year, a study from Pantheon finds.

By that time, the average fund has generated nearly all, or 96 percent, of its total gain, the study said. After year nine, the average fund produces just 4 percent of total value, said Nik Morandi, a Pantheon partner and one of the co-authors of “Residual Value in Mature Private Equity Funds.” Other co-authors include Pierre Garnier, a Pantheon associate, and Ian Roberts, a senior research associate. Read the study here.

“The value left after year nine was very limited for the average fund,” Morandi said.

[contextly_sidebar id=”QjqZ2XxmGIOaADNwhCFevnvGUVdxqP2f”]Pantheon, the PE funds manager, collected performance data on nearly 700 funds, including buyout and venture capital, to compile the study. Pantheon selected funds where there was at least 10 years of performance data available. The oldest pool was a 1983 vintage while the youngest was 2004. The study looked at performance — meaning IRR and total value to paid in (TVPI) — of older funds and what investors of these pools should do with them, Morandi said.

One surprise? Lower quartile funds appeared to be “late developers.” These pools generated the majority of their value in their later years, from 7 to 14, Morandi said. “If you are holder of third or fourth quartile PE funds, you need to be fairly patient because the value generated comes through much later than first and second quartile,” he said.

Based on historical performance, the data suggests that secondary buyers are better off buying first quartile funds unless they can achieve a “very significant discount’ on third quartile funds, he said.

Mature funds delivered another surprise. Nearly one-fourth of the funds “fizzled out” after their sixth or seventh year and didn’t generate any value, Morandi said. Another 25 percent “went out with a bang” and generated more than half of total gains after year seven, he said. But with the average fund, most of the total gain is generated by year nine, he said.

Zombies, those pools that generate very little or potentially negative returns, fall into the bottom quartile, he said. Based on the data, Morandi suggests that owners of these funds try to exit without suffering a big discount to NAV or close to NAV.

Secondary buyers of mature funds really need to know what they’re investing in, Morandi said. “If they buy the right subset of funds at the right price they can generate really attractive returns. But if they buy wrong, they risk getting a potentially negative return,” he said.

Many LPs in today’s market with mature portfolios have chosen to trim down their private equity portfolios by selling so-called “tail-end” funds — investment vehicles in the last years of their lives (generally 10 years with one-year extensions built in) that still hold some investments and still require some monitoring by investors. These types of sales have helped boost the private equity secondaries market into record levels of deal volume over the past few years, with estimates for this year of more than $30 billion and even $35 billion.