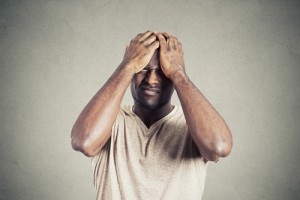 Maybe. A study, co-sponsored by IAG and Thompson Taraz, found that North American investors are far less bothered by investments in vices like gambling, alcohol or tobacco than their European counterparts.

“America is a more entrepreneurial country and capitalism is higher on the list,” said Ray Page, an IAG managing director. “When it comes to arms and war, [European LPs are] a lot less comfortable.”

LPs overall picked more business-oriented issues of concern like “bribery”, which ranked No. 1 in terms of its impact on fund decisions, the study said. “Concealing bad news from investors” came in second while “providing unsafe work conditions” placed third, the RRiPE study said.

The survey found governance matters more to LPs than social and environmental problems. Weighty social ills like “neglecting/abusing the elderly or vulnerable” rank near the bottom of LP concerns, while the “production of hazardous waste” placed dead last, or 24th, among LP issues, the study said. Page, however, maintained LPs do not lack a conscience.

“They take all this very seriously…they still care about people,” he said. “This is just a ranking.”

To compile the first study of reputational risks of private equity, Pivot Partners, marketing consultants for the PE industry, questioned 102 LPs and 100 GPs in March and April of this year. Fifty placement agents were also polled.

Less than half, or 42 percent, of the LPs were located in Europe while 40 percent came from North America. Roughly one-fifth, or 22 percent, of LP came from pension funds while another 22 percent were fund of funds, the study said.

Similarly, 42 percent of GPs were from North America while 43 percent came from Europe, the study said. More than half, or 56 percent, of GPs were small/mid-market buyout and growth funds.

As expected, pension funds were most concerned with ESG issues, the study said, while family offices were the least bothered. “Family offices can do whatever they want,” one LP said. “They don’t have to worry what others think.”

Hot button issues are typically spelled out in limited partnership agreements, the LP said. “Some of those politically sensitive areas most GPs don’t invest in anyways,” the investor said. “There are many other things to invest in.”

GPs, for their part, thought LPs would care more about certain issues, the study indicates. GPs thought issues like “abusing the elderly” and “polluting the environment” would be more significant for LPs.

“Naturally, each LP will have its own policies and each investment officer will have his or her own opinions, but, in general, LPs care less about the environment, the elderly and vulnerable, and forced resettlement than GPs think,” the study said.

The RRiPE survey results come as one PE arms deal continues to rankle. The California State Teachers’ Retirement System said it is “carefully reviewing” a May 15 letter from Cerberus Capital Management, which would allow CalSTRS to sell its stake in Remington Outdoor, spokesman Ricardo Duran said in an email. He declined to comment on the RRiPE study but said CalSTRS’ investment portfolio is tobacco free and “essentially firearms free.”

CalSTRS has been trying to completely divest from firearms. The California pension fund is an investor in the Cerberus pools which own Remington Outdoor. In 2012, a Remington rifle was used to kill 26 children and adults in a Connecticut school shooting. CalSTRS has pushed Cerberus to sell the company. The investment firm hired Lazard to run an auction but was unable to find a buyer for Remington, the New York Times reported. Remington remains in Cerberus’ portfolio. In 2013, CalSTRS sold its holdings in Smith & Wesson and Sturm Ruger.

Cerberus is letting LPs sell their stakes in Remington, the New York Times said. The debt investor aims to take the gun maker out of its main private equity funds and put it into a separate financial entity, the report said. Once the process is complete, no Cerberus fund or account will own any interest in Remington, a source said. Only those LPs who choose to will remain investors of the company.

“We are hopeful that a liquidation vehicle has been fashioned that allows us to cash out of our economic exposure, which is what we’ve been seeking all along,” Duran said.