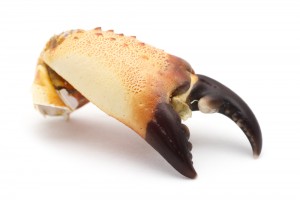 A survey finds that there is a larger portion of deal value available for clawbacks in growth equity transactions, than traditional buyouts, if a dispute arises.

A first-time survey by law firm Goodwin Procter LLP focused on providing information on indemnity clauses and other aspects of the subsector of private equity. Goodwin Proctor studied 66 growth equity transactions between 2008 and the first half of 2012.

“Growth equity deals have been less efficient because of a lack of standard terms for indemnity agreements,” Goodwin Procter partner Michael Kendall said in a phone interview with peHub’s sister publication, Buyouts.

Indemnity provisions are written into deals to establish rules between investors and sellers if undisclosed problems are discovered after closing — not unlike a limited warranty entitling buyers to get all or part of their money back if a product they buy fails to measure up as billed.

While ample precedents exist for venture capital investments and traditional buyouts, growth equity transactions, which typically include the sale of a minority stake in a company, offer fewer data points for crafting deals, Kendall said.

One stumbling block has been deciding what percentage of the buyer’s investment to pay back in case an indemnification clause is triggered, he said.

By contrast, a 2011 study of traditional buyout acquisitions of private companies in the U.S. by the American Bar Association showed 27 percent with indemnification caps in excess of 15 percent of the purchase price, with 9 percent having a cap equal to the purchase price.

John LeClaire, a partner with Goodwin Procter, said the study appears to be the first reporting on key terms of minority-stake, growth equity deals.