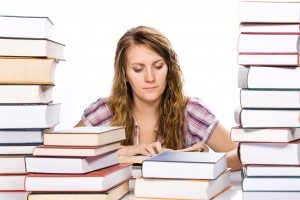 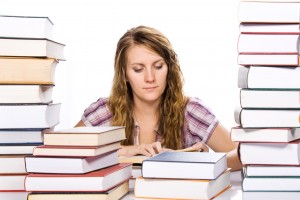 Every year, trade rags like peHUB are inundated with a boatload of private equity studies, venture capital surveys, statistical reports and analytical whatzits. Rather than take ‘em all on, this year the Hub decided to make private equity survey casserole—which is sanguine in big chunks, but perhaps a little less tasty for the middle market.

At long last, it thankfully is no longer restricted to the KKRs, Oaktrees and Blackstones of the private equity game. BDO USA’s fourth annual PErspective Private Equity Study says portfolio valuations are getting a long-awaited rising tide, welcome news to GPs and LPs alike.

Private equity pros expect to close more deals in 2013 than they did last year; overall, LBO shops anticipate they’ll deploy more capital and PE pros expect healthcare and biotech investments to gain value in the near term, according to the BDO USA survey. Secondary deals, in particular, are expected to increase.

The booming secondary deals market should mean good news for LBO shops that stocked up on assets and managed them well; a report from TorreyCove Capital Partners states an average of 9x Ebitda is being paid out across all deals and that PE firms netted $70 billion in exits last year, about on par with 2011. The report suggested that the need to deploy committed capital ahead of expiration dates could be driving some secondary deal activity.

LBO shops exiting investments is expected to be the primary catalyst for the deal market, the BDO survey notes, thanks to its survey respondents.

“There are a lot of people in the market chasing what they consider quality deals,” says Lee Duran, a partner and PE practice leader with BDO USA.

The Private Equity Growth Capital Council chimed in with some 2012 perspective as well, which we’ve summarized:

What fiscal cliff!? Deal volume in the U.S. actually popped in Q4 compared to the prior quarter, from $66 billion to $102 billion. However, annually, deal volume slid 13% year over year to $313 billion in 2012. That’s a far cry from the $831 billion spent in ’07.
Fundraising levels got a boost—up from $30 billion in Q3 to $33 billion in Q4—again, a positive uptick that pales in comparison to the boom days of 2006-2008.
Equity contributions rose slightly to end 2012, from 36% in the third quarter to 37% in the fourth. While less equity is required for a deal than 2009 or 2010, private equity firms are a far cry away from the low 30-percent cash requirements of the LBO boom days about five years ago.

So, what does it all mean? Well, take the 2012 data and overlay the current year’s private equity scenario, as has been reported. Consumer staples—ie., strong revenue businesses like Heinz—are getting bought by PE firms; declining businesses in need of operational assistance—in this case, Michael Dell’s laptop company—are having difficulty satisfying cash-starved shareholders; and deals with loftier expectations (in this case, Richard Schulze’s broken Best Buy bid) aren’t happening.

Those fundraising figures? They’re actually a little lopsided; the TorreyCove report notes that large-cap LBO shops account for “the material portion of the increase” PE firms snared in 2012. Last year, distressed funds raised more than they did the prior year, and rivaled 2010’s total, the report indicated. Specifically in Europe, large-cap PE firms raised more capital; so, it is still tough for the middle market.

It has got to be enough to make a small, Midwestern lower-middle-market PE pro’s teeth grind: First, a large-cap LBO guy tries to run for president and turns the industry’s name to mud, now, they’re getting cheap debt again? Be that as it may, LBO firms with well-managed assets should thank the Kravises and Rubensteins of the world for the frothy market they’ve re-created, and make the most of a surprisingly bullish deal market while they can. And, with all these distressed funds being raised, it may signal hard times ahead.