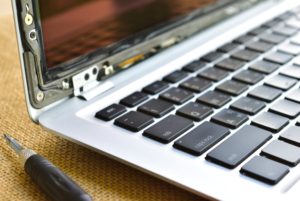 Summit Partners and Noro-Moseley Partners are growth investors in the company.

The sale process for MacStadium passed first-round bids and has attracted a wide range of interested parties, the people said.

MacStadium, based in Atlanta, Georgia, is the only provider of Mac hosting authority and Mac Pro cloud infrastructure-as-a-service technology. The company, founded in 2012 by Jason Michaud, serves individuals and organizations of all sizes. It is led by CEO Greg McGraw.

In May 2017, Summit Partners led a growth equity financing round in the company, with participation from Noro-Moseley Partners, an Atlanta firm focused on early growth investments in technology and healthcare companies.

Within the first 20 months of Summit’s investment, the company grew its headcount by 2.5x. Today MacStadium employs close to 100 people, according to the company’s LinkedIn page.

MacStadium produced approximately $50 million in annual recurring revenue in 2019, one source said. MacStadium has been growing at 70 percent annually over the past three years, the people said. Its rapid growth is making it a tough asset to value, they said.

The MacStadium process is also one recent example of a newer Goldman Sachs strategy that involves capturing a larger share of the mid-market as a sell-side adviser.

Nearly 60 percent of the CMG business has been driven by sponsors, Goldman told PE Hub in an interview.

Goldman bankers David Friedland and Pete Lyon said the CMG unit will focus on businesses with enterprise values between $500 million and $2 billion. However, the bank also has been advising companies with lower valuations.

“They’ll do anything. They meet companies that are even $5 million in revenue,” one source said.

In November, PE Hub reported that Goldman was advising PE- and VC-backed education technology company Parchment on its process. A sale is expected to value the company at approximately $200 million, PE Hub reported.