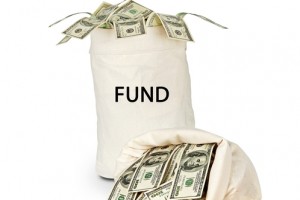 Boca Raton, Fla.-based Sun Capital has kicked off fundraising for its latest buyout pool , peHUB has learned. The fund, Sun’s sixth, has a $3 billion target. Sun Capital hopes to wrap up its fundraising by December.

Buyouts, in August, reported that Sun Capital will be taking a 25% cut of profits only if it reaches certain performance benchmarks. The 25% carried interest structure is considered a premium to the industry standard of 20%, Buyouts says.

Sun’s sixth pool is half of what it raised with its prior fund. In 2007, Sun Capital collected $6 billion for its fifth fund. Sun Capital Partners V LP, after suffering some early losses, was reduced to $5 billion to accommodate LPs. The financial downturn caused some major bumps for Sun’s fifth fund; bankruptcies include Friendly’s, Pace American and Mark IV Industries. (Pace and Mark IV are Fund V investments, while Friendly’s came from both Fund IV and Fund V.)  Sun retained control of Friendly’s after the company emerged from bankruptcy last year.

However, Sun’s fifth pool has produced some “screaming homeruns,” one placement agent says. This includes the sale of Timothy’s Coffee to Green Mountain in 2009. Sun made 5.25x its money, peHUB has reported. Earlier this year, Sun sold Raybestos Powertrain to Monomoy Capital; the buyout shop made a 110x return on its investment, peHUB has learned.

Another strong deal is expected to be Gordman’s, an off-price retailer that Sun acquired in 2008. Sun invested $55.7 million, which includes $32.5 million of debt and $20 million in capital, in the company,  according to an SEC filing. Gordman’s went public in August 2010, raising $58.9 million. Sun sold roughly 2.9 million shares of Gordman’s in the IPO and saw its stake fall to about 69% from 99%. In May, Sun sold another chunk of 3 million shares in a secondary sale. Sun’s stake dropped to 53.4%, regulatory filings say.

Targeting $3 billion makes sense for Sun, the placement agent says. “They probably want more, but better to come up low, round up demand, and push it up higher,” the source says.

“To close in December, they’ll need strong existing support, which I suspect they will have,” a second placement agent says.

News of Sun Capital’s fundraising was reported by Term Sheet in December.