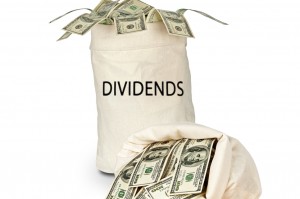 SunGard Data Systems is looking to pay out its first dividend since being acquired by a group of private equity firms seven years ago.

Wayne, Pa.-based SunGard is launching a $720 million incremental term loan that will fund a dividend payment to shareholders, says SunGard spokesman George Thomas. The payout will actually be $750 million but the dividend itself will be $720 million, he says. The dividend will go to all of SunGard’s shareholders, including equity award holders, Thomas says.

The dividend isn’t a sure thing and SunGard’s board needs to approve it, he says. “No decisions have been made yet,” he says. “We have initiated the process.”

The $720 million dividend would be the first, if it goes through, since SunGard was acquired by a group of PE firms for $11.76 billion in August 2005, Thomas says. Investors include Bain Capital, the Blackstone Group, Goldman Sachs Capital Partners, KKR, Providence Equity Partners, Silver Lake and TPG. The transaction was one of the biggest at the time and heralded the advent of club deals. (Club deals are no longer in vogue anymore in PE.) The PE firms own a majority of SunGard, Thomas says.

Why take a dividend now? The debt markets are strong and dividends remain a popular way for companies to get liquidity back to their sponsors. Also, the tax on dividends could increase next year.

The incremental debt generated by the dividend will not change SunGard’s credit worthiness, Thomas says. SunGard paid down $1.7 billion in debt earlier this year through operational cash flow and selling its higher education business. “Even after taking on $720 million in additional debt, we will still have about $1 billion less debt than we had at year-end 2011,” he says.

On Thursday, S&P affirmed SunGard’s ‘B+’ corporate credit rating. The outlook for the software and technology services company is stable, S&P says. SunGard, as of Sept. 30, had total debt outstanding of $6.1 billion and $752 million in cash, according to an Oct. 31 statement.

SunGard’s ratio of total debt to EBITDA was 5.7x as of Sept. 30, down from 6.7x at the end of 2011, S&P says. With the $750 million dividend payment and associated financing, SunGard’s pro forma year-end 2012 leverage will jump back to about 6.8x, S&P says. Adjusted debt to EBITDA is expected to remain in the mid-6x area, the ratings agency says.

“The dividend recapitalization is in line with our view that the company’s private-equity ownership structure is likely to prevent sustained debt reduction and currently limits any potential for an upgrade,” S&P says. “The company’s defensible market positions and high recurring revenue base lessen the potential for credit deterioration. However, sustained leverage in excess of 7x because of acquisitions or shareholder-friendly initiatives could lead to lower ratings.”