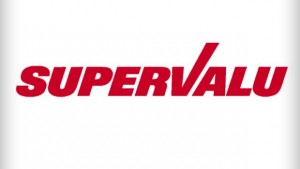 (Reuters) – Supervalu Inc, the No. 3 U.S. grocery store operator, struck a deal to sell five of its retail grocery chains to an investor group led by Cerberus Capital Management LP, the company said on Thursday.

Supervalu, which also reported a quarterly profit, said it would sell the Albertsons, Acme, Jewel-Osco, Shaw’s and Star Market chains and related Osco and Sav-on in-store pharmacies. The transaction will be valued at $3.3 billion.

As part of the deal, a Cerberus-led group will launch a tender offer for up to 30 percent of Supervalu’s common stock at $4 per share, which represents a 50 percent premium to the 30-day average closing share price.

Cerberus will reunite its newly purchased Albertsons stores with those it already owns. Cerberus acquired 655 Albertons locations in 2006.

After the deal, Supervalu’s business will include a food wholesaler serving 1,950 U.S. stores; the discount grocery chain Save-A-Lot, which offers a smaller assortment of low-priced merchandise than a typical grocery store; and the regional grocery chains Cub, Farm Fresh, Shoppers, Shop ‘n Save and Hornbacher’s.

Supervalu said those remaining businesses should generate annual revenue in excess of $17 billion. In the fiscal year ended in February 2012, the company’s total revenue was $36.1 billion.

Minneapolis, Minnesota-based Supervalu reported a quarterly profit of $16 million, or 8 cents per share, for the third quarter ended Dec. 1, compared with a year-earlier loss of $750 million, or $3.54 per share.

Excluding an after-tax gain related to a cash settlement from credit card companies and after-tax charges primarily related to store closures, it earned $5 million, or 3 cents per share, in the latest quarter.

The company has been losing customers to rival food sellers such as Wal-Mart Stores Inc and Kroger Co, and has been trimming prices in markets such as Chicago to keep up with the competition.

Supervalu’s most attractive asset is considered to be Save-A-Lot, which accounts for about 10 percent of the company’s overall sales. Its other grocery stores contribute 65 percent of total revenue, while its grocery distribution business contributes 20 percent.

Supervalu expects to trim about $400 million of debt this fiscal year, and sees capital spending of about $500 million, including plans for new Save-A-Lot stores and about 40 store remodels.

(By Olivia Oran and Jessica Wohl)