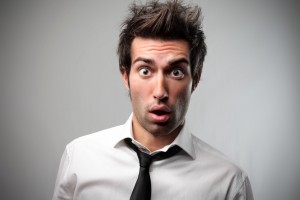 A few weeks ago a private equity exec told me that M&A would be very busy in December.

“Sure,” I said, trying to hide my sarcasm.

The PE exec, a very knowledgeable dealmaker who has rejected all my attempts to schmooze up until that point, wouldn’t budge. Private equity firms will be looking to buy and sell ahead of looming tax changes in January, the exec said. There is an 8% difference between selling today and waiting until next year, he said. “There will be a mad rush to get deals done,” the source said.

I nodded and pretty much ignored the comments. All year I’ve been hearing from PE execs and bankers about how busy they are furiously working on deals. But M&A seems quite slow. Either someone is lying or deals are just not materializing.

I may have to change my POV. Earlier this week, a banker told me that December could be busy as some firms try to get transactions done before the end of the year. A third banking source somewhat agreed with the others when he said M&A could increase next month. This won’t be because of any tax reasons, the third banker said. If President Obama hammers out some sort of negotiation on the so-called “fiscal cliff” M&A could rise, the source said. “We could see a bump [in deals],” the person said.

But another PE executive doesn’t think December will be any busier. “There are a few things getting done ahead of tax law changes,” but nothing to cause a surge in deals, the source said.

With all these disparate views, I thought I’d find out how the year is going. I was surprised to find out that private equity M&A has remained pretty consistent this year. There were 1,591 global announced transactions as of Nov. 26, totaling $172.1 billion, according to Dealogic. This is off nearly 5% in terms of deal value from last year. There were 1,676 global announced mergers for the same time period in 2011, valued at $180.6 billion, Dealogic said.

The number of deals has slowed in fourth quarter. There have been 203 PE-backed transactions, totaling $34.3 billion so far in quarter, Dealogic said. This compares to last year when we had 442 deals for all of fourth quarter, valued at nearly $45.5 billion. With only a month left, we could still make up that 25% difference in deal value.