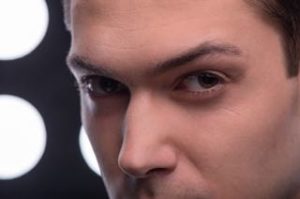 GPs are a suspicious lot, but their suspicions are not unfounded.

Nearly all, or 99 percent, of those questioned in a recent survey suspected limited partners have met with them even though they had no intention of investing in their fund, according to a report from IAG UK.

Another 91 percent of GPs said LPs took part in meetings to get their hands on “sensitive information” to benchmark other funds they were looking at, The Reputational Risk in Private Equity Report (RRiPE) found. And 84 percent think LPs have lied to them as to why they didn’t invest in their funds.

To compile the report, which analyzes the relationship between GPs and LPs and how well they communicate, Pivot Partners questioned 101 GPs and 128 LPs this past summer. Nearly one-third, or 30 percent, of the GPs were in North America while 41 percent of LPs were located on the continent. IAG UK is a joint venture between IAG and Thompson Taraz.

But LP behavior GPs look down on is actually taking a long-term view on the market, according to one LP who spoke to peHUB. Some LPs, like public pension plans or fund of funds, will meet with GPs even though there is a small chance of investing, the source said. “The LP wants to build a relationship,” the investor said. “Maybe they don’t want to invest in this fund but maybe the next. You see a lot of that.”

It’s the LPs’ job to meet managers and GPs should realize this, a second investor maintains. “After all, how many companies does the GP meet before they invest in one?” the second source said.

A third LP admitted they have taken meetings with GPs where the probability of investing was low. But this LP tries to be upfront before the meeting with the GP and explain why. It’s then up to the GP whether they want to meet, the third source said. Sometimes, the interaction does lead to an investment, the third person said.

LPs do lie about why they rejected a fund, the first source said. Rejections are hard and some GPs don’t want honesty, the first two LPs said. They take rejection personally and get aggressive and angry, the two sources said. “They argue it and they don’t let the point go and then they tell other LPs that you don’t know what you’re talking about. So you realize there is no upside being honest,” the first investor said.

Some LPs will opt to avoid the rejected GP and will “drift away” rather than outright reject the GP, the first two LPs said. Another route is the “George Constanza it’s-not-you-it’s-me” approach where the LP blames themselves for their inability to invest. “We’ll say, ‘Hey you guys are great and we’re really interested but we’re over-allocated. We have too much exposure to semi conductors or we’re over-allocated in mega buyout,” the first LP said.

LPs and GPs also have different takes on transparency. Nearly all, or 92 percent, of GPs surveyed think they are doing a great job providing LPs with all the information they need, the report said. GPs, when asked to rate their reporting, tended to give themselves a four or five out of five, the report said.

LPs, however, are not as bullish. Only 46 percent said they are getting the information they need, according to the report. More than half, or 58 percent, of LPs said once they commit to a fund it takes longer to get the information.

Fifty-two percent of LPs said they put a GP on review because they didn’t communicate well on any personnel changes occurring with the firm, the report said. Another 42 percent placed a GP on review for inaccurate or incomplete reporting.

GPs are basically unaware of the reporting issues, the report said. Less than one in 10 GPs realizes there may be a problem. “Very few private equity fund managers recognize any serious issues with their fund reporting,” according to the report.

It isn’t surprising GPs think they’re doing a good job reporting information, the first investor said. There is no model for GP reporting, the LP said. GPs, because they are so different, typically don’t communicate with each other.

“There is no guide to PE reporting, no uniform policy on what should be provided and not be provided,” the LP said.