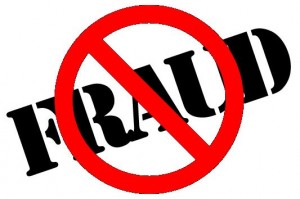 A recent survey of private equity CFOs found that 39% said they have encountered fraud at their firm or portfolio companies.

Of those CFOs that did experience fraud, 67% said it was some form of asset misappropriation like theft, skimming or lying about expense reimbursement, according to Corporate Resolutions. Nearly one-fifth, or 17%, said the fraud came in the form of bribery or conflicts of interests, while another 17% said it was fraudulent financial statements. Nearly half , or 47%, said they found the fraud via a management review, while 29% said they discovered it through account reconciliation, the survey said.

New York-based Corporate Resolutions investigates allegations of misconduct at companies owned by PE firms, said Springer, a former FBI Special Agent (he conducted white collar crime investigations). Sometimes, a board member calls Corporate Resolutions in after receiving an anonymous email alleging CEO or management misconduct. Board members can also uncover the fraud themselves, Springer said. “They say, ‘We’re not sure what to do. Can you help us?'”

Springer’s firm will conduct a broader examination of the company in question. They’ll look at expense vouchers or payroll registers or even deleted files on a suspect’s computer, he said. “Sometimes we find checks that are sent out to people at nonexistent companies or sent to a P.O. Box owned by a CEO or CFO,” Springer said.

Corporate Resolutions, for the past several years, has also made available a whistleblower hotline and email that employees and vendors can use to report fraud or unethical behavior anonymously. But those services are only available to companies that subscribe to Corporate Resolutions’ service, Springer said.

Usually, Corporate Resolutions gets called in before a PE firm acquires a company. Corporate Resolution, which works for over 90 U.S. private equity firms, conducts background checks on target management teams and the companies before they are acquired, he said. “We are part of due diligence,” he said. “Our job is to make sure you go into a deal with your eyes open. That the management team is who they said they are.

Springer’s firm recently did a background check for a PE firm that wanted to acquire a company. They interviewed the entrepreneur who said he founded the firm himself and was responsible for its strong growth, Springer said. Corporate Resolutions discovered that there was another co-founder involved. The two executives fought, Springer said, and one walked away. “The key is [the entrepreneur] lied about it…he misrepresented the fact that he was the sole founder. What else is he not telling you the truth about? These are character integrity background checks,” Springer said.

According to the CFO survey, 74% said background checks can help prevent bad deals. More importantly, more than two-thirds, or 81%, of CFOs said they didn’t invest in a company because of suspected fraud or integrity issues, the survey said.

So what happened to the entrepreneur who fibbed? The PE firm did end up buying the company but at a reduced price. The PE firm also got more board seats, Springer said. “They had to put additional controls in place,” he said. “The fact gathering we did helped the PE firm bargain.”