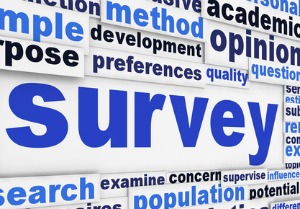 Last Thursday AxialMarket ran a survey asking middle market deal professionals what they thought of 2012 and how they are anticipating 2013 will play out. A number of trends emerged, including the feeling that the fiscal cliff, carried interest/capital gains tax changes, and the continued dry powder overhang are creating enough uncertainty to damper the early part of 2013. For the full results of the survey, download the pdf.

Uncertainty Reigns – Puts Damper on First Half of 2013
When we looked at the free text comments from our survey, the most common commentary talked about how there is massive uncertainty around the fiscal cliff and taxes (both changes to carried interest and capital gains). No one had any real insight into which way each issue would break, but the consensus was that early 2013 will be hampered by uncertainty. However, a number of responses indicated that the second half should heat up, fueled by the pent up deal flow from the beginning of the year, once the tax issues and fiscal cliff are sorted out.

Healthcare Will Be Hot, Dominated by Strategics
The most common answer to which industry would be the most active in 2013 was healthcare with 35% of the vote, followed closely by energy & utilities with 21%. Interestingly, those respondents expecting high activity in the healthcare space also believe strategics are positioned to be more active next year.

With the uncertainty from the Affordable Care Act cleared up in the second half of 2012, it appears deal professionals believe that the larger health care providers will be consolidating or acquiring new assets in order to gain the scale necessary to stay profitable in the new year.

To get more nuanced, we compared respondents’ answers against what they thought would happen to valuations in 2013. While most respondents believe valuations will stay the same in 2013, especially for anyone who believes the fiscal cliff is the biggest issue, the other two top answers were split. In the case of the dry powder overhang, respondents were divided between valuations staying the same (47%) and rising (42%). For people who believed capital gains/carried interest would be the biggest issue, they were split between valuations staying the same (47%) and falling (41%).

It appears the industry is in a very strange position with many companies purchased in the 2006-2009 years needing to exit, an immense amount of dry powder available for deals, and potentially tax changes that could completely change the way profits are created. Hopefully everything will be sorted out early in the year so deals can proceed unencumbered.

Looking out on 2013, more than half of the respondents (53%) expect more deals to happen next year. Interestingly enough, anyone who said they had a slow year in 2012 was nearly twice as likely to believe the market was going to be strong rather than weak next year. One bad year followed by another is simply unacceptable.

Cody Boyte is the marketing manager for AxialMarket. Opinions expressed here are entirely his own.