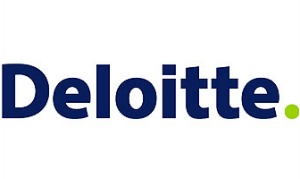 Democrats and the American public might not be warming up to private equity—but executives at potential M&A targets sure are.

The number of executives who think they’re a primary target for private equity nearly doubled, according to the annual 2012 Deloitte Mid-Market Perspective survey. Fourteen percent of those polled said it is most likely a private equity firm would be their M&A counterparty, up from just nine percent in 2011.

For some, private equity might be the only option for growth. In greater numbers than they did in 2011, more executives said they won’t pursue financing this year, and fewer are contemplating making deals in the US and overseas. The percentage of executives who said they’ll look to finance US business expansion plummeted from 38% in 2011 to just 23% this year.

The bad news for bankers just kept coming, too—the number of executives who said they would seek new lines of credit to facilitate debt refinancing was halved, from 22% in 2011 to 11% this year. Twenty-seven percent of executives also said, separately, that they do not anticipate using any kind of financing this year—nearly double the 14% that said so in 2011.

Deloitte conducted a survey of more than 500 executives at midsized US companies from a variety of industries, with revenues ranging from $50 million to $1 billion.

It isn’t just private equity firms doing all the firing, either. Of the 130 family-run firms that responded to the Deloitte survey, 16% said they expect reduced headcount among their domestic workforce (still, they’re slightly better than the broader range—20% of all respondents expected decreased domestic workforce).

Executives acknowledged a swing in macro factors, the Deloitte survey said. Last year, government budget challenges topped the list of professionals’ concerns for US growth impediments—now, it is the housing market. The European debt crisis also weighs more heavily for executives, they said. For good reason—Western Europe contributes to companies’ growth more than any other regions aside from the US and China, the survey said.