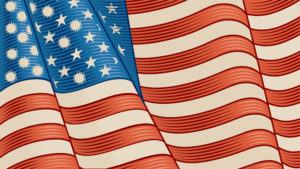 Here we are, heading into a rainy 4th of July weekend in New York. Your daily rundown on private equity news will resume to regular scheduling on Tuesday, July 5th. But first… we’ve got some big developments!

PE Hub wrote in April that Pamplona was looking to exit the contract research organization, working with Evercore on a process. Sources at the time placed the asset’s EBITDA at approximately $500 million.

Pamplona four years ago took Parexel private at a $5 billion enterprise value — one of 2017’s largest sponsor-led deals in healthcare. If EQT ultimately does win the deal, it would mark the continuation of a string of notable healthcare activity.

EQT in June sold Aldevron, a leading manufacturer of DNA for use in gene therapy, in a deal valued at $9.6 billion — up from a slightly more than $3 billion EV less than two years earlier, when EQT joined TA Associates as an investor.

Back in the game: One of SVB Leerink’s first sell-side engagements has launched following a series of hires that were made to build out its healthcare investment banking practice – with seasoned bankers coming out of Guggenheim, Citigroup, BofA Merrill Lynch, RBC, HSBC and other firms.

New York metropolitan home care companies All American Homecare Agency and S&A Unified Home Care have jointly come to market, according to people familiar with the process. The process started in the last few days, they said.

The platform is projecting about $35 million in 2021 pro forma adjusted EBITDA, the people said.

As for SVB Leerink, sources expect more sell-side processes will come quickly as the bank has continued its rapid expansion and recruitment efforts.

BDT Capital Partners, which provides family- and founder-led businesses with long-term, differentiated capital, has only ever done one deal in healthcare — Athletico Physical Therapy. Read more on PE Hub.

That’s it for me! Have a safe and relaxing holiday weekend, but in the meantime, don’t hesitate to hit me up with and tips, beach reads, feedback or anything else! Write to me at springle@buyoutsinsider.com.

DEADLINE APPROACHING: Calling all next-gen firms and their investors! We need your participation in our fifth-annual survey of emerging managers and survey of emerging manager investors. As thanks, we’ll make sure you get a complimentary copy of the “Emerging Manager Report 2021,” based on these surveys (once it’s published this fall). All responses are kept confidential. The survey deadline is July 16.