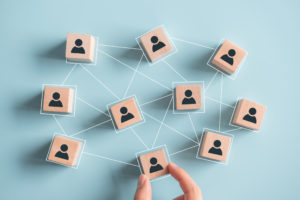 SVB Leerink is quickly ramping up its healthcare investment banking practice, building out everything from its sponsors coverage to its leveraged finance franchise, with at least another five seasoned bankers poised to soon join the roster, PE Hub has learned.

The additions follow a series of recent new hires publicly announced by the healthcare and life sciences bank, starting with the February appointment of Barry Blake. Blake, joining from Guggenheim Securities, was named Global Co-Head of Investment Banking alongside Dan Dubin, with a focus on growing its healthcare services and technology efforts – the latter vertical which the bank said in February it planned to enter in 2021.

Other senior bankers set to start at SVB Leerink in the coming months are Toby King and Robert Jackey, both of whom will join as managing directors from Citigroup, sources familiar with the matter told PE Hub. King was most recently co-head of Citi’s North American Healthcare Investment Banking division, while Jackey, who joined Citi in late 2004, was a managing director. ­King and Jackey have historically focused on acute-care providers and health systems, and alternate-site providers and provider services, respectively.

Whit Mayo is set to join the bank as an analyst, departing from UBS, sources added. Mayo has focused on equity research coverage of healthcare facilities and managed care since 2004, according to his LinkedIn profile.

The new hires are expected to begin at SVB Leerink around the May-to-June timeframe, sources said.

Blake, who joined SVB Leerink’s leadership team in February, most recently helped build out the healthcare franchise at Guggenheim Securities, which he joined in 2014. Blake prior to Guggenheim served as the head of Global Healthcare M&A at Citigroup and worked in the M&A and healthcare groups of JP Morgan and Lehman Brothers.

After bringing on Blake, SVB Leerink welcomed another ex-Guggenheim banker, Robert Minear, who joined in March. Minear, reporting to Blake, is focused on leading the firm’s financial sponsors origination efforts to further the firm’s growing leveraged finance business. Minear, before Guggenheim, was a managing director and head of Healthcare Services M&A in Jefferies Group’s Healthcare investment banking practice, and prior to that, a banker at UBS and Deutsche Bank.

To help steer its new leveraged finance franchise, SVB Leerink in April announced Thad Davis had joined the firm as a senior managing director. Davis joined from HSBC, where he was brought on to head US Healthcare Investment Banking and build out a new team. Before joining HSBC in late 2017, the banker was a managing director at Jefferies and UBS within their respective global healthcare teams.

An additional two hires were announced last week, including Andrew Fineberg as a managing director to lead the firm’s Structured Finance practice. Fineberg joined from MTS Health Partners, where he led the structured finance advisory efforts.

SVB Leerink last week also announced that Jack Bannister had joined the firm’s Equity Capital Markets franchise as managing director. Bannister, joining from Goldman Sachs, will work with healthcare and life sciences companies to raise capital and position them for success in the public markets.

In essence, through the $280 million all-cash acquisition, SVB bolstered its existing commercial banking and lending products with a full range of investment banking services.

Today, SVB Leerink’s investment bank team totals 85. It is unique in that its capabilities include everything offered by a full-service bank – ranging from capital markets and equity research to M&A advisory and structured and leveraged finance – but plays exclusively in healthcare and life sciences.

While its investment banking platform has historically been known for its dominance in biopharma and life sciences, as well as digital health, the firm’s recent hires indicate a growing emphasis on traditional healthcare services and technology advisory work.