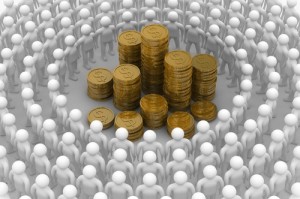 In the coming weeks, Canada will officially wade into the exciting, albeit murky waters, of crowdfunding.

This September we’ll witness the launch of SVX – short for MaRS Social Venture Connexion – the private online portal that has been granted a two-year approval by the Ontario Securities Commission (OSC) to connect fundraising Ontario entrepreneurs with investors.

SVX’s launch is notable for several reasons. First, it has been six years in the making by a group of partner organizations, says Adam Spence, associate director of the MaRS Centre for Impact Investing. Spence led the project’s development in collaboration with colleagues at Toronto-based innovation hub MaRS Discovery District, TMX Group, law firm Torys LLP, the Ontario government and others.

The launch is also distinctive because of the nature of this crowdfunding model. SVX is designed to facilitate “impact investing,” or the financing of companies, nonprofits and other organizations that aim to solve social and environmental challenges – everything from charities to cleantech startups. Issuing businesses must have less than $25 million in revenue, and so are by definition small or are in the early stages of growth.

SVX fills an important capital gap, Spence says. A 2010 survey of hundreds of for-profit and nonprofit social ventures in Ontario found that 70% of entrepreneurs said access to financing was a major obstacle to startup or expansion, and that investment needs were in the order of $170 million.

Spence views SVX as an effective “marriage in the marketplace” for these enterprises and like-minded investors. What’s more is the experience of appearing on the platform – something that happens only after extensive due diligence and pre-screening to satisfy SVX’s access criteria – which should give startups much-desired profile and engagement with customers. Those with significant growth potential might also grab the attention of angel investors and venture firms. 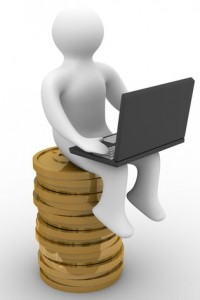 Spence says SVX is taking steps to ensure issuers are of a high quality. For example, SVX will target small cohorts of select companies, many of which should come from MaRS and other local incubators and accelerators with relative maturity and investment readiness. In its first year, SVX expects to facilitate at least $2 million invested in 10 businesses.

Tech companies on SVX’s list of prospective issuers include Squaq, a provider of online experiences for autistic children; RocketOwl, a game developer for social and mobile networks; and ChangeIT, a specialist in rounding up electronic purchases and donating “virtual change” to charities.

Once fully operational, SVX will also be unique due to its status as a regulator-approved crowdfunding platform. And in contrast with donation and reward-driven vehicles managed by U.S. crowdfunding sites Indiegogo and Kickstarter, SVX will assist in debt and equity financings. As such, Spence says that SVX has few global peers.

Spence says that SVX’s key attributes – its impact investing mandate, its partners, the substantial effort put into research and preparation – have contributed to its becoming a “first mover” in Canadian crowdfunding. This, he argues, gave comfort to OSC, which, like other regulatory bodies, has been wrestling with the challenge of how to reconcile crowdfunding with investor protection.

Aaron Emes, a partner in Torys’ corporate and securities practice, agrees. He says that as a model for crowdfunding, SVX was also acceptable to regulators because of its structural controls on risk-taking.

For example, the online portal is open only to accredited investors. Some of these are “permitted clients” that are deemed suitable according to SVX criteria for unlimited investing, while others will be restricted to investing up to $25,000 in a single offering per year, and up to $50,000 in all offerings.

Emes says that SVX’s insistence on issuer background checks and reporting requirements also guards against risk, and provides some validation of investment worthiness. Taken together, SVX’s design features should protect investors from the kinds of adverse crowdfunding effects anticipated in the recent paper published by the University of Toronto’s Rotman School of Management.

SVX’s launch will also have implications for Canada’s venture capital market. Venture professionals have so far expressed mixed feelings about crowdfunding activity. Many have raised concerns about such issues as governance and the ability of companies seeded by crowdfunding methods to eventually attract follow-on financing.

Spence and Emes says that SVX has the capacity for follow-ons, though admittedly this will probably not be large enough for startups that want to quickly become gazelles. The two argue that entrepreneurs must approach the opportunity presented by SVX on an informed basis and with appropriate expectations – an imperative that should be supported by the platform’s vetting procedures.

For other questions, only time will tell. For now, Emes says that SVX has created a “ground-breaking” benchmark for crowdfunding’s legal future. It’s a “live test-case,” Spence says, that will be hugely beneficial to a major economic sector, while simultaneously giving guidance to market players and regulators in Canada and around the world.