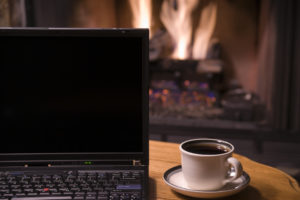 How’s your week going? Anything crazy going on?

Here’s some stuff:
Pickles: I love pickles … the crunchier, the better. I think the best pickle I ever had was from Beecher’s Handmade Cheese in NYC. I can’t remember what brand they were, unfortunately … may have to get back there soon!

So this deal caught my eye this morning: Swander Pace-backed Patriot Pickle, which operates out of an 86,000 square foot facility in Wayne, New Jersey, added-on the pickle assets of Farm Ridge Foods. “Fresh, refrigerated pickles are a key growth area for our retail and food service partners,” said Patriot Pickle CEO Bill McEntee.

New hire: Avance Investment Management hired John Civantos as a senior partner. Civantos previously worked at MSD Partners, where he was a managing director and co-head of the private capital group. Civantos at MSD led investments in West Monroe Partners and Nutrisystem.

Avance has been raising its debut fund, which had an initial target of $500 million and a hard cap of $850 million, which was boosted to $1.1 billion last year, according to a report from Los Angeles City Employees’ Retirement System. PJT Partners is working as placement agent on the fundraising.

As of March 31, 2022, the firm managed about $1.1 billion, according to Avance’s Form ADV. That indicates Avance may have met its cap for Fund I, though it’s not clear if fundraising has officially closed. A spokesperson declined to comment about fundraising. Read more here on Buyouts.

Have you seen: Here’s something I’ve heard in my recent chats with LPs – some GPs are asking for a fund structure that would take much of the responsibility away from limited partner investment committees for involvement in cross-fund transactions.

Cross-fund deals happen when a firm uses a new fund to buy a company out of an old fund. This type of transaction presents an inherent conflict – the old fund wants to sell the asset for the highest price possible, while the new fund wants to buy at a discount. Such deals require meticulous fair value work, and even so, LPs on either side of the deal usually aren’t elated at the situation.

LPACs for both funds get a say in such deals, whether they speak for the LP bases lending their support to such deals, or even if they have to actually approve the transactions because of their cross-fund nature.

But now, some GPs, according to my LP source, are pushing to take that responsibility away from LPs. This does not seem to be a wide-spread ask. I’ve only heard it from a few folks, so I don’t believe it’s a trend. But it is one of the more heavily negotiated terms that some LPs are seeing from GPs.

The desire to reduce the LPAC’s involvement in such a deal is being pushed in some cases by big LPs, who may be co-investing into the deal and so are conflicted, the LP told me. “They don’t want to be responsible for voting on it,” the LP said.

Have you seen this and if so, what do you think? Hit me up at cwitkowsky@buyoutsinsider.com.

That’s it for me! Have a great rest of your Tuesday. Reach me with tips n’ gossip, feedback or exercise tips at cwitkowsky@buyoutsinsider.com or find me on LinkedIn.