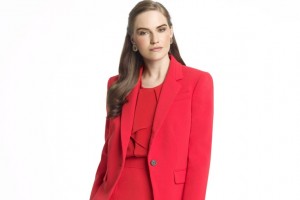 (Reuters) – Private equity firm Sycamore Partners LLC is in advanced talks to acquire apparel retailer Jones Group Inc and is working toward a deal in the next few weeks, according to sources familiar with the process.

Sycamore is discussing a price of less than $16 per share – or roughly $1.3 billion based on shares outstanding – and is in the process of lining up financing for the deal, two people said on Friday.

The sources asked not to be named because the matter is not public.

A final price tag as well as details of the deal structure remain in flux, however, and there is no guarantee that a deal would materialize, the sources cautioned.

The deal structure is complex as Jones owns dozens of brands – including Nine West and Stuart Weitzman – and Sycamore may want to offload some of these labels to other buyers, one of the people said.

Sycamore, co-founded by Stefan Kaluzny who had recently acquired retailers Hot Topic and Talbots, is working with Guggenheim Partners on the deal.

Jones Group has a market value of $1.1 billion and it hired Citigroup Inc over the summer to explore a sale of the company.

The auction followed pressure from activist hedge fund manager Barington Capital Group LP, whose chief executive James Mitarotonda joined the board of Jones in May. Barington urged Jones to focus on its shoe brands and to pare down its non-core fashion brands.

Private equity firm KKR & Co LP had previously teamed up with Sycamore to bid for the whole company, but dropped out of the process in September, sources previously told Reuters.

Apparel designer and manufacturer G-III Apparel Group which was vying for Jones against Sycamore also bowed out of bidding in recent weeks, sources said.