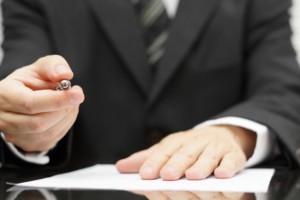 Sycamore Partners is preparing an offer for Belk Inc that could value the U.S. department store chain at between $3 billion and $3.5 billion, including debt, and become the buyout firm’s largest deal, people familiar with the matter said on Thursday.

Sycamore is in the process of finalizing financing arrangements for a potential acquisition of Belk, the people said. The family that owns Belk is expected to make a decision on whether to sell the company this month, the people added.

It was not immediately clear what competition Sycamore faced for Belk and whether its bid would meet the Belk family’s valuation expectations. Private equity firms TPG Capital LP, KKR & Co LP (KKR.N), Bain Capital LLC and Golden Gate Capital considered offers for Belk earlier, according to the people.

The sources asked not to be identified because the sale process is confidential. Sycamore, Belk, TPG, KKR, Bain and Golden Gate declined to comment.

Based in Charlotte, North Carolina, Belk operates 297 stores in 16 states, primarily in the U.S. South. It also operates a website on which it sells national brands and private-label apparel, shoes and accessories.

Founded in 1888 by William Henry Belk, the company is in the third generation of Belk family ownership.

In the fiscal year that ended Jan. 31 2015, Belk generated revenue of $4.1 billion, which was up 1.8 percent compared with the previous year.

U.S. consumer spending has remained sluggish for most of this year despite lower gasoline prices due to bad weather and a desire by consumers to save. This has squeezed sales for department stores, prompting chains to resort to smaller store models and aggressive discounting.

Based in New York, Sycamore has invested in retail and consumer companies that include Aeropostale Inc (ARO.N), Jones New York and Stuart Weitzman. It said last year it had raised a $2.5 billion fund for new investments.