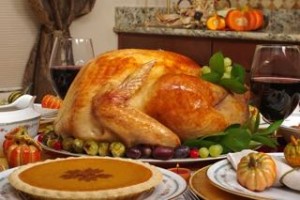 Hope your week is winding down. Just a reminder we’ll be off for the rest of the week, and back at it on Monday.

After investing $330 million in the company five years ago, the firm sold its 70 percent stake in PK to Concentrix Corp in a deal valued at roughly $1.6 billion. Key to PK’s future growth was the hiring last year of CEO Dinesh Venugopal, Aaron wrote.

Carlyle also supplemented PK’s organic growth with six strategic acquisitions including Lenati, a customer experience consultancy, which bolstered the company’s “tip of the spear” strategy and design capabilities, according to the firm.

Saga: Here I thought the saga of Novalpina, one of the rare private equity breakups, was winding down after LPs replaced the GP with Berkeley Research Group.

Novalpina’s debut fund, which closed on €1 billion back in 2019, has three investments, including controversial spyware maker NSO Group. Apple said yesterday it filed a lawsuit against NSO for its technology that has allegedly been used to surveille and target Apple users, according to a statement.

NSO has been accused of supplying its clients, including repressive regimes, with its spyware technology called Pegasus that has been used by its clients to spy on activists, journalists and politicians. NSO claims its technology is sold only to law enforcement and intelligence agencies of “vetted” governments for prevention of crime and terrorism.

Ongoing controversy with NSO can’t be great news for LPs in Novalpina’s debut fund, who are working with BRG to manage out the fund’s three investments. They are trying to maximize the value of the assets to make sure the fund is a strong performer, despite all the drama.

That’s it for me! Have a great Thanksgiving holiday. Hit me up with your tips n’ gossip, details of deals and funds and people moves or whatever at cwitkowsky@buyoutsinsider.com or over on LinkedIn.