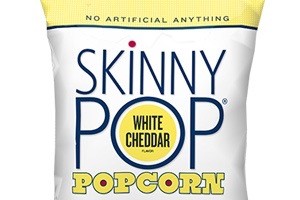 TA Associates, which is reportedly nearing the close of its 12th flagship fund, is running a dual track process for SkinnyPop Popcorn LLC, sources said.

Amplify Snack Brands Inc., parent of SkinnyPop, has filed with the SEC to raise as much as $200 million via an IPO, a June 26 regulatory filling said. Underwriters include Goldman Sachs, Jefferies and Credit Suisse.

Skinny Pop is also up for sale, sources said. Goldman Sachs and Jefferies are advising on the sale, according to The Deal, which first reported news of the dual track. Dual track processes, where a company seeks a buyer and makes arrangements for an IPO at the same time, are popular in the private equity market. J.C. Flowers & Co. is considering a dual track for portfolio company Ascensus, peHUB previously.

“My gut is that [SkinnyPop] goes to a strategic buyer,” a private equity executive said.

Amplify Snack Brands, of Austin, is a snack food company that develops and markets products in the “better-for-you” category. Its anchor brand is SkinnyPop, which TA Associates acquired in August 2014. TA paid $320 million, including $150 million in debt, for a majority of SkinnyPop, the regulatory filing said.

TA Associates has gotten some of its money back. Amplify has paid two dividends to its equity holders, including a $22.3 million distribution in May and nearly $60 million in December, the filing said.

It’s unclear exactly how much TA owns of Amplify. That information will likely come in future regulatory filings.

The dual track comes as TA has been out fundraising. The Boston-based private equity firm has told investors its Fund XII is fully allocated at $5.3 billion, according to Dow Jones LBO Wire. If true, Fund XII would be nearly 33 percent larger than TA’s eleventh fund, which closed on $4 billion in 2009.

Jefferies declined comment. Calls and messages to TA, SkinnyPop and Amplify were not returned.