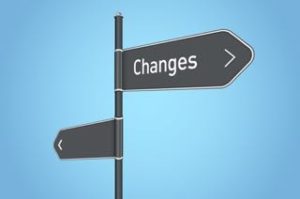 As TA Associates talks to limited partners about its next flagship vehicle, which is expected to target $4 billion, the firm is also informing LPs about some management changes going forward, sources said.

TA, one of the oldest growth equity managers in the industry, has shifted management over the past several years, sources said.

The biggest change was the loss of Kevin Landry, TA’s longtime chief, who moved into an advisory role in 2012 during a battle with lung cancer. Landry died in 2013.

Managing Director Brian Conway has essentially taken over the top spot, said two of the sources, both LPs familiar with the firm. Conway is listed on the firm’s website as chairman of the firm’s executive committee, co-chair of the core investment committee and chair of the portfolio committee.

However, TA also has a “fairly collaborative” management culture through its group of managing directors, two sources said. That group also is changing.

Jaggers and Kafker are part of a larger group of managing directors who have transitioned into advisory roles over the years. It’s not clear how involved advisors are in day-to-day business.

MDs who have transitioned into advisors include Jeff Chambers, Michael Child, Jonathan Goldstein, Bruce Johnston and Richard Tadler, according to one of the LPs and a comparison of TA’s current website with an archived version.

“This is new for them, they haven’t had big departures or retirements [in a long time],” the person said.

TA has been talking to LPs about its 12th flagship fund with a target likely around $4 billion, which is what the prior fund closed on in 2009. That fund generated an 18.03 percent internal rate of return and a 1.43x net multiple as of Sept. 30, according to alternative assets data provider Bison.

Phil Nunes, a spokesman for TA Associates, declined to comment for this story.