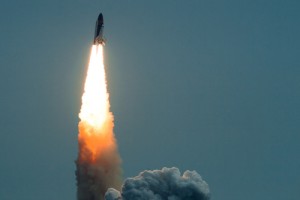 Yesterday, Tableau raised $254.2 million in its IPO after selling 8.2 million shares at $31 each via joint bookrunners Goldman Sachs and Morgan Stanley. The company originally planned to sell 7.2 million shares at a range of $28 to $30, but strong increase prompted it to boost the size of the offering.

NEA is Tableau’s largest shareholder. It owned about 19.6 million Class B shares, or 37.3% of voting power, prior to the IPO. It sold 1 million shares in the public offering for proceeds of $31 million. Its remaining 18.6 million shares are worth more than $943 million at today’s closing price of $50.75 per share. Including realized and unrealized returns, NEA stands to make more than 33 times its investment of $29.2 million.

Meritech, meanwhile, did not selling shares in the IPO. The firm’s stake of roughly 3.3 million shares is worth $168.2 million. Meritech, on paper, could make 9.4 times its investment of $17.8 million.

Seattle-based Tableau, which has been called an “Excel Killer,” provides software that helps users easily create charts and graphs. Its revenue doubled to $127.7 million for the year ended Dec. 31, up from $62.4 million the year before. Net income, however, dropped to $1.4 million as of Dec. 31, from about $3.4 million a year earlier.

Tableau, founded in 2003, raised about $20 million in VC funding, according to data from Thomson Reuters (publisher of peHUB). NEA was the sole investor of its $5 million Series A in August 2004 and contributed $10 million to Tableau’s $15.08 million Series B in August 2008, along with an undisclosed investor.

NEA and Meritech subsequently increased their stakes in the company by purchasing shares from the company’s co-founders and executives in what’s known as a tender offer in September 2010. The two venture firms bought a combined 5.4 million Class B shares for $5.90 apiece from Christian Chabot, co-founder and CEO; Christopher Stolte, co-founder and chief development officer; Thomas Walker, CFO; Elissa Fink, chief marketing officer; and Kelly Wright, EVP of sales, according to the comany’s S-1. (NEA bought 2.4 million shares for about $14.2 million and Meritech bought 3 million shares for roughly $17.8 million, the filing shows.)

Officials at Tableau and New Enterprise declined to comment due to the IPO quiet period.