By
Brad Meikle
-
1 November 2006
UK private equity and venture capital investor 3i has sold its minority stake in Vibration Technology (Vibtech), a developer of wireless solutions for the oil, gas and mineral exploration sector, to Sercel, a division of French seismic recording specialist Compagnie Generale de Geophysique (GGY). 3i has made £6m from the exit, valued in total at […] 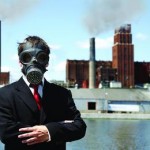 How clean is your company?

By
Brad Meikle
-
1 October 2006
Environmental due diligance first evolved in the US but is now part and parcel of the European M&A market. How do American and European approaches differ? In the States non-compliance with regulatory requirements results in fines, while in Europe, EDD is on a case-by-case basis.

By
Brad Meikle
-
1 September 2006
First Reserve, a US-based private equity firm that specialises in energy investments, has closed its latest fund, the First Reserve Fund XI, with total commitments of US$7.8bn. Fund XI is the largest fund ever raised by First Reserve, taking the group’s assets under management to more than US$12.7bn for its private equity buyout-focused funds. The […]

By
Brad Meikle
-
1 September 2006
Venture Production, an Aberdeen-based, independent producer of oil and gas, has acquired the entire share capital of CH4 Energy, a privately owned, UK- headquartered gas production company from its principal shareholder 3i Oil, Gas and Power. Coincidentally, 3i was also a founding shareholder in Venture where it was pivotal to the early development of the […]

By
Brad Meikle
-
1 September 2006
3i is selling its 51% stake in Aberdeen-based Specialised Petroleum Services (SPS) Group, a provider of wellbore clean-up products and services for the oil and gas industry, to M-I Swaco. SPS’s founder and other shareholders are also exiting at this time. The purchase price for the entire company is approximately US$165m. 3i has been a […]

By
Brad Meikle
-
1 September 2006
Climate Change Capital, the renewable energy investor, has closed two more venture capital trusts following the launch of Ventus VCT in 2005. Ventus 2 VCT and Ventus 3 VCT were both launched in January 2006 and closed on May 31 with £22.3m of subscriptions, giving the Ventus funds over £37m under management and making them […]
1...616263Page 63 of 63