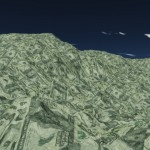 Private equity sits on cash mountain, wonders how to spend it: Bain — Reuters 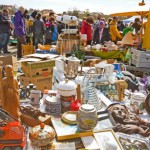 Scoops & Analysis
Chris Witkowsky
-
25 February 2014
Evercore’s fledgling private equity secondaries advisory group, in one of its first major mandates since forming last summer, will run the sale of a portfolio of about $1 billion worth of private equity fund interests managed by a division of GE Capital, according to four people with knowledge of the situation. 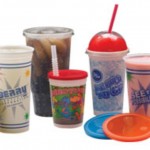 PE Deals
Luisa Beltran
-
24 February 2014
Apollo Global Management has waited a long time to cash out of Berry Plastics, but the global buyout fund appears to have nearly quadrupled its investment in the company. 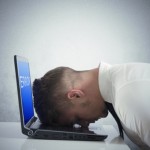 Scoops & Analysis
Reuters News
-
11 February 2014
KKR & Co LP disclosed on Monday it would liquidate two funds targeting individual investors, in a blow to the private equity firm's efforts to widen its appeal beyond institutional investors such as pension funds and insurance firms.

Canada Scoops & Analysis
Brad Meikle
-
7 February 2014
The global secondary market has seen unprecedented growth in recent years, and has steadily diversified its coverage of PE and other alternative assets. It has also attracted countless buyers and sellers, particularly in the institutional community. But the market's true size remains a bit of a mystery. Canadian advisory firm Setter Capital, which reported global activity in 2013 as totaling US$36 billion, is making a difference in this regard – and in a deal-making sense as well, completing US$12 billion in client transactions over the past seven years.

Canada Scoops & Analysis
Brad Meikle
-
3 February 2014
In the coming weeks, we'll see the wrap-up of Louisiana-Pacific’s buy of Ainsworth Lumber (TSX: ANS), a Vancouver-based manufacturer of homebuilding products. Announced in Sept. 2013, the US$1.1 billion acquisition will once closed be the largest private equity exit from a Canadian-based company in nearly a year. That’ll be a feather in the cap for the PE team at Toronto-based alternative asset manager Brookfield Asset Management (NYSE: BAM) (TSX: BAM.A) (Euronext: BAMA), as Brookfield Capital Partners II is Ainsworth's majority owner. As it turns out, the deal was only one of a number of headline-grabbing events that characterized Brookfield’s market activity in 2013. 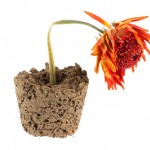 The PE implications of Torys’ M&A Top Trends in 2014