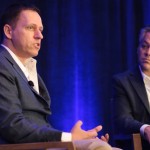 By
Toby Mitchenall & Jonathan Brasse
-
6 January 2018
Peter Thiel may very well be the most quotable venture capitalist on the planet. He has something interesting and/or funny to say about even the most pedestrian subjects. The co-founder of PayPal and Founders Fund riffed on Apple, Google, Uber, tech founders, competition, phony technology companies and lots more at the PartnerConnect West conference in November 2014 in Half Moon Bay, Calif. 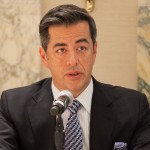 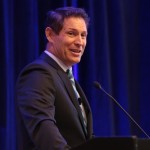 People
By
Toby Mitchenall & Jonathan Brasse
-
23 October 2014
Sharing wisdom gleaned as a senior executive at HGGC after his years as a Super Bowl-winning quarterback for the San Francisco 49ers, Steve Young told private equity pros to huddle, embrace change and find out how good they could be at the PartnerConnect West conference Oct. 7, 2014. 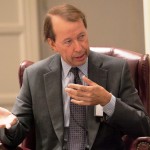 People
By
Lawrence Aragon
-
22 October 2014
Hamilton “Tony” James, president and COO of The Blackstone Group, said he was not surprised that a recent dog abuse case spurred a national outcry against a private equity firm and its portfolio company. “Animal rights people are some of the most aggressive” of activist groups, James said on the sidelines of the PartnerConnect LP-GP Summit in New York, sponsored by peHUB and Thomson Reuters. James, who spoke during a keynote Thursday, said his prior firm, DLJ Merchant Banking, once owned Charles River Laboratories, which breeds animals for pharmaceutical testing. “We got bomb threats all the time,” James told peHUB. Social media recently has publicized bad acts committed by members of the PE industry. In August, Centerplate Inc CEO Desmond Hague was caught on a hotel video abusing a cowering dog. The video went viral and the ensuing backlash included calls for Hague to be fired, threatened boycotts of Centerplate, and death threats against the CEO and executives of Centerplate’s sponsor, Olympus Partners. Hague resigned on Sept. 2. SeaWorld Entertainment, a Blackstone portfolio company, also saw its stock plunge in August. “Blackfish,” a documentary released in 2013 that highlights SeaWorld’s treatment of killer whales, has spurred a backlash against the company that has affected the company’s earnings. When asked if Centerplate waited too long to oust Hague, James said he wasn’t that familiar with the situation. “What kind of person beats their dog?” he said. “I’m not that sympathetic either.” James didn’t comment on the Blackfish controversy. Instead, he recalled how SeaWorld penguins visited the Blackstone offices when the portfolio company went public in 2013. Publicity from the visit, which included cuddly photos of SeaWorld penguins running around the firm’s offices, softened Blackstone’s image, James said. “It made us look friendly…[Social media] can be very useful tool for getting stuff out as well.” James, during his keynote, said the world had changed in the last seven to eight years “when we all went public.” The PE industry used to be private and “didn’t get a lot of attention.” Blackstone executives are now “very mindful” that they are “public figures,” he said. “We get watched…Private birthday parties become causes célèbres. We try to be careful. We make mistakes.” By Luisa Beltran, peHUB This story first appeared on peHUB on Sept. 19, 2014: https://www.pehub.com/2014/09/blackstones-james-we-are-public-figures/ 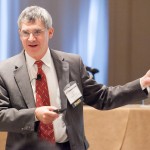 People
By
Lawrence Aragon
-
22 October 2014
Josh Lerner of Harvard Business School, delivers a keynote address entitled "The Best of Times or the Worst of Times? PE at a Crossroads" at the LP-GP Summit on Sept. 18, 2014. Lerner is the Jacob H. Schiff Professor of Investment Banking Unit Head at HBS. 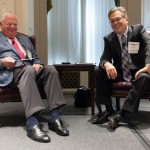 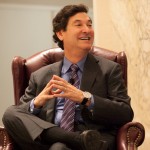 By
Toby Mitchenall & Jonathan Brasse
-
21 October 2014
Jim Breyer, founder and CEO of Breyer Capital and a partner at Accel Partners, speaks at the LP GP Summit in New York on Sept. 18, 2014. 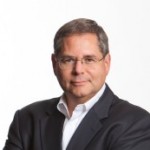 People
By
Lawrence Aragon
-
23 July 2014
Paul Carbone of Pritzker Group threw a bit of cold water on enthusiasm for co-investments in private equity, arguing that direct investments offer a better fit outside conventional fund structures, at least for family offices. . Family offices “like the asset class” but have run up against limited access to the best funds and other issues, said Carbone, managing partner at Chicago-based Pritzker Group Private Capital, at the PartnerConnect Midwest 2014 conference in June. . Citing a study by advisory firm Altius Associates released in March, Carbone said co-investments may contain a substantial risk of poor returns, even with a reasonably sized portfolio. While co-investments do avoid the conventional “2 and 20” fee structures of private equity funds, investors face “adverse selection” because they do not necessarily get access to the best deals. Their investment portfolios also become concentrated in too few investments, he said. . Direct investing is a superior strategy because it outperforms fund investments and significantly outperforms co-investments, he said. More than half of family offices with private equity holdings are taking part in direct investing and “more are interested,” he said. . --By Steve Gelsi, Senior Editor, Buyouts . A longer version of this story first appeared in Buyouts magazine. Subscribers can read the original version here. Not a subscriber? Click here to subscribe. 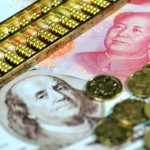 Talking disruption in China with Rui Ma of 500 Startups

By
Toby Mitchenall & Jonathan Brasse
-
16 July 2014
Rui Ma of 500 Startups talks to Reuters' Jon Gordon about where she sees the most promise in China. China concept photo courtesy of ShutterStock

Canning says Madison Dearborn has “owned up for mistakes,” gone back to mid-market roots

People
By
Lawrence Aragon
-
11 July 2014
Madison Dearborn Partners plans to begin fundraising for its next fund later this year, probably in the second half, said Chairman John Canning. . Chicago-based Madison Dearborn will seek no more than $4 billion for its seventh fund, said Canning, who spoke [on June 24] at the Buyouts Midwest conference being held in Chicago. “We will definitely be in the market shortly,” Canning said. . The $4 billion is roughly the same amount as that raised by Madison Dearborn’s last pool, Fund VI, which collected $4.1 billion in 2010. Fund VI is generating a net IRR of 19.1 percent as of Sept. 30, according to the Regents of the University of California. . Fund VI, which is 80 percent committed, is more indicative than its predecessor of how Madison Dearborn is doing now and what the firm hopes to do with its seventh pool, a source added. . “Our investors know we are about to raise a fund,” Canning told peHUB on the sidelines of the conference. . Madison Dearborn got away from its roots of investing in mid-market companies, Canning said during the conference. The firm has returning to its “knitting” and will seek to invest $100 million to $400 million equity per deal, Canning said. The average investment will be $300 million, he said. Fundraising for the seventh pool will likely begin in the second half, he said. . The buyout shop has scored some notable exits recently. In March, Madison Dearborn agreed to sell Fieldglass, a provider of technology for procuring and managing contingent labor and services, to the big software company SAP. Madison Dearborn made 5x its money with the sale of Fieldglass, a Fund VI investment, Canning said. TIAA-CREF also inked a $6.25 billion buy of Nuveen Investments in April. The sale is expected to close by year end. . Madison Dearborn has been criticized for Fund V, which collected $6.5 billion in 2006. Fund V took part in several large transactions during the buyout boom, including the $7.3 billion buy of technology retailer CDW Corp in 2007, the $5.75 billion buy of Nuveen that same year and the $4.1 billion buy of Asurion, an insurer of tech devices, also in 2007. MDP’s fifth pool also invested in the $13.7 billion club buy of Univision Communications in 2006 and the $3.8 billion buy of VWR International LLC, a distributor of laboratory equipment, in 2007 for about $3.8 billion. . “We’ve owned up for the mistakes made with Fund V,” Canning said. He estimated that three deals—CDW, Nuveen and VWR—made up almost 45 percent of the pool. Fund V is generating a 6.79 percent net IRR as of Sept. 30, according to the Washington State Investment Board. . Madison Dearborn has been slowly exiting many of Fund V’s deals. CDW went public last year. The firm continues to own a stake but is selling shares. In May, CDW announced a secondary offering of 15 million shares. About half is coming from Madison Dearborn, which will have a roughly 25 percent stake after the sale and greenshoe overallocation option, according to regulatory filings. Univision is also reportedly in talks to be sold. . One deal Madison Dearborn isn’t interested in? Portillo’s Hot Dogs. Canning said he “likes” Portillos but is not interested in the Oak Brook, Illinois-based company. . Well known throughout Chicago for its hot dogs and Italian Beefs, Portillo’s Restaurant Group reportedly went up for sale earlier this year. The company has hired Jefferies to advise on the sale, press reports said. . News of Madison Dearborn’s fundraising was previously reported by Bloomberg News. . By Luisa Beltran, peHUB . This story first appeared on peHUB on June 24, 2014
123...8Page 1 of 8