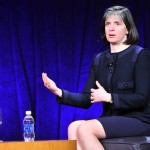 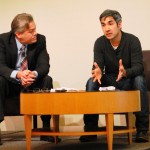 Toby Mitchenall & Jonathan Brasse - 4 April 2013
In a world teaming with self promoters, Bijan Sabet comes across as a humble guy. . The Spark Capital general partner could certainly toot his own horn, but he lets his track record speak for itself. He led Spark’s investments in Twitter (valued at a reported $9.9 billion), Tumblr (valued at a reported $800 million), Stack Exchange, RunKeeper, Foursquare, Boxee, OMGPOP (acquired by Zynga last year for $180 million), and thePlatform (bought by Comcast in 2006 for a reported $80 million). . All that and he’s still just 44 years old. . In this video of his keynote at Thomson Reuters’ Venture Alpha East 2013 conference in Boston, Sabet explains why he remains bullish on consumer Internet deals, what he learned from serving on Twitter’s board, why Spark decided to go significantly bigger with its fourth fund, and the attributes that have led to success for young VC firms such as Spark, First Round Capital and Union Square Ventures. . Video date: April 4, 2013 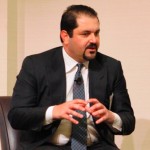 Shervin Pishevar talks Sherpa and the art of VC 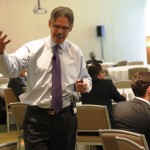 People Lawrence Aragon - 4 April 2013
In a keynote address at Thomson Reuters' Buyouts East conference on April 4, 2013, Silver Lake Co-Founder Glenn Hutchins said he didn't expect to see the economic recovery pick up more steam, but that he was still bullish on the technology sector. . Laying out his macro-economic outlook for a sluggish growth in U.S. Gross Domestic Product of 2 percent for the next several years, Hutchins said the technology sector offers faster growth. . He pointed out that Apple Inc. launched the iPad during a weak economy, but the product still took off. “You have to take share of consumer dollars,” he said. . Overall, investors should focus on growing parts of the global economy by sector and “take control of them,” he said. . Hutchins, who declined to talk about his firm’s $24 billion bid to buy Dell Inc., said he remains optimistic, but he called on the business community to work to create more jobs. . “The unhappy situation is not 2 percent growth – the unhappy picture is unemployment,” he said. . Hutchins said he focuses on macroeconomic forecasts because, “you can make the best company selection but you can still get killed” if overall business conditions take a dive. . While some may be hoping for the economy to heat up, the current recovery ranks as the “worst…since World War II,” he said. . “This is the economic recovery,” Hutchins said. “This is what you’re going to get. The recovery is already middle aged. It’s time to do some of the things [you] postponed for the future.” . By Steve Gelsi, Buyouts magazine . This story first appeared in Buyouts Magazine. Steve Gelsi is a senior editor at Buyouts Magazine. Any opinions expressed here are entirely his own. Follow him on Twitter @SteveGelsi. Follow Buyouts tweets @Buyouts. . Video date: April 4, 2013 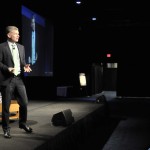 Morgan Creek’s Mark Yusko: How to survive the “Age of Financial Repression”

Toby Mitchenall & Jonathan Brasse - 1 April 2013
Mark Yusko, founder and CEO of Morgan Creek Capital Management, shares his perspective on how institutional investors make money during gloomy economic times at Thomson Reuters' PartnerConnect East 2013 conference in Boston in April 2013. . If you invested $10 million in U.S. Treasuries seven years ago, you could expect an annual return of $480,000, but today you see a return of just $24,000 a year, Yusko said. . “In this age of financial repression, we have to think differently about how we invest,” said Yusko, whose speach was entitled “Surving the Age of Financial Repression.” . Yusko founded Morgan Creek in 2004 to provide investment management and advisory services to institutional partners and family offices. Today, the firm has about $8 billion in assets under advisement. It invests across all asset classes and strategies, from traditional equities and fixed income to alternatives, such as hedge funds, private equity, real estate and venture capital. . Prior to founding Morgan Creek, Yusko served as chief investment officer for the University of North Carolina at Chapel Hill from 1998 to 2004. Before UNC, he was senior investment director for the University of Notre Dame Investment Office. . Video date: April 2013

People Staff - 21 November 2012
Panelists discuss market volatility, currency fluctuations and the quest for risk-adjusted returns during our conference in June.

People Staff - 17 November 2012
In this session from our June conference, a group of investors discuss tools and methods for finding the top—and bottom—quartiles.

People Staff - 12 November 2012
A discussion of trends and issues in buyout strategies and fundraising, from our Chicago conference in June.

People Staff - 2 November 2012
From our conference in June, a panel of experts discuss trends and tips for GPs & LPs. 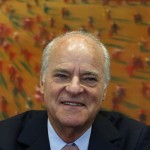